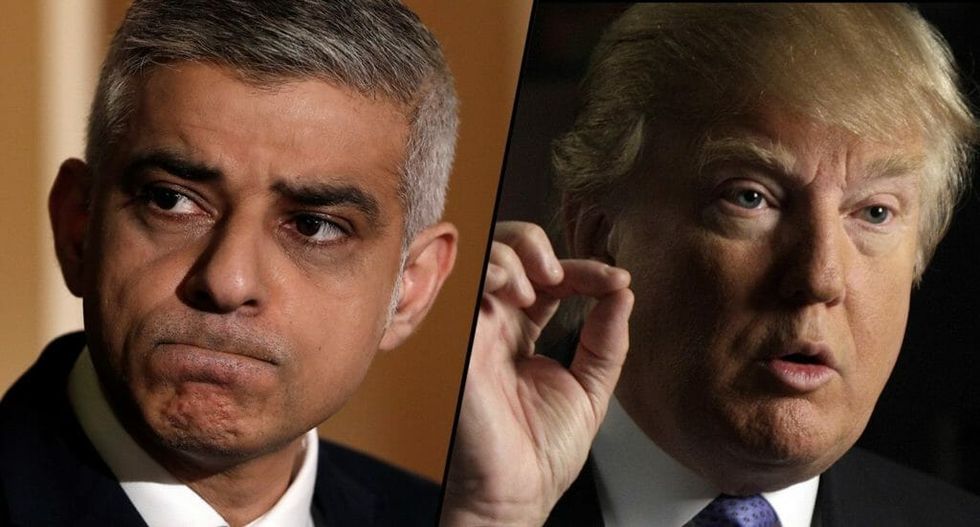 President Donald Trump tweeted a storm about the London Bridge and market attacks over the weekend––and it didn't go well.

The president had harsh words for Mayor Sadiq Khan’s response to the tragedy, but he misconstrued the facts.

Khan did use those words during a news conference the morning after the attacks, but he did not use them to refer to the tragedy, as Trump accused him of doing. Khan referred to the increased police presence around the city that residents and tourists would notice.

Khan talked about increased police presence around London three different times during the conference, including one instance when he recommended that the upcoming general election not be postponed as a result of the attacks, and that the terror threat level remained "severe."

Here's one of his comments, in context:

Londoners will see an increased police presence today and over the course of the next few days.

No reason to be alarmed. One of the things the police and all of us need to do is make sure we're as safe as we possibly can be.

At another point, Khan, while urging Londoners and visitors to remain calm and vigilant, said, "You will see an increased police presence today, including armed officers, uniformed officers. There's no reason to be alarmed by this. We are the safest global city in the world."

While Khan did not address Trump's criticisms directly, a spokesperson for Khan responded soon after.

Following his critique of Khan, Trump made a case for his Muslim travel ban.

The Justice Dept. should have stayed with the original Travel Ban, not the watered down, politically correct version they submitted to S.C.
— Donald J. Trump (@Donald J. Trump) 1496658548.0

The Justice Dept. should ask for an expedited hearing of the watered down Travel Ban before the Supreme Court - & seek much tougher version!
— Donald J. Trump (@Donald J. Trump) 1496659079.0

In any event we are EXTREME VETTING people coming into the U.S. in order to help keep our country safe. The courts are slow and political!
— Donald J. Trump (@Donald J. Trump) 1496659458.0

He also brought up gun control.

Many Twitter users took the president to task for his statements, condemning them as out-of-context. One of his more prominent critics was former Arizona Representative Gabrielle Giffords, who in 2012 survived an assassination attempt that left her with a severe brain injury.

Activist George Takei had some choice words for the president...

He said there was no reason to be alarmed by the increased police presence over the next few days, you hare-brained… https://t.co/6S2TqDT0Kk
— George Takei (@George Takei) 1496578539.0

If you're gearing up to write a tweet about how Britain ‘needs’ hundreds of thousands of guns – thanks for your concern, but jog on
— Samantha Shannon (@Samantha Shannon) 1496569569.0

The White House did not immediately respond to requests for comment. Critics have speculated that Trump fired off his tweets while watching Fox & Friends, where political commentators discussed Khan's comments in the same manner around the same time.