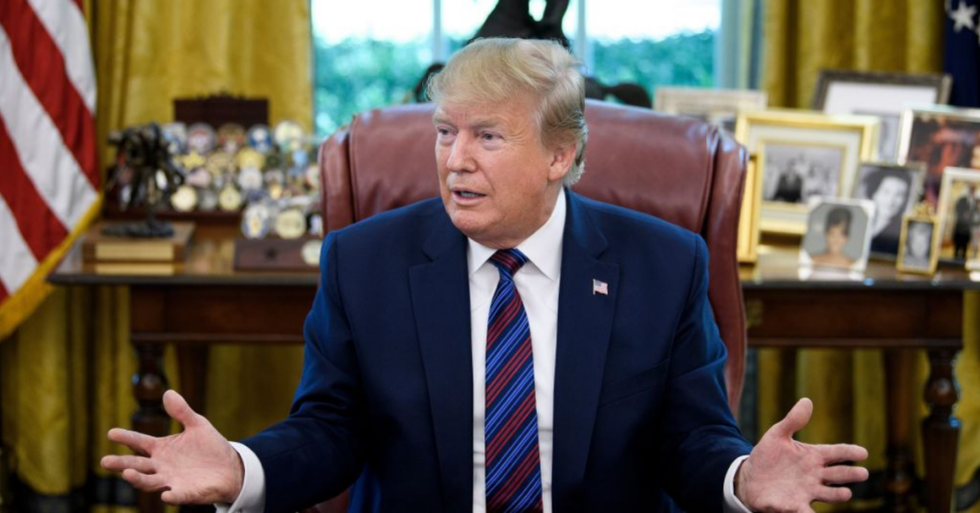 In a rambling phone interview on Fox and Friends, President Donald Trump accidentally said the quiet part out loud.

The President was doing what he perceived to be a victory lap on the show after the House Intelligence Committee overseeing the impeachment inquiry against him concluded its public hearings for the foreseeable future.

Shortly after peddling debunked conspiracy theories about Ukraine working with the Democratic National Convention to frame Russia for election meddling, the President, for once, told the truth.

When asked about Ambassador to the European Union Gordon Sondland's testimony that there was a quid pro quo in Trump's correspondence with Ukrainian President Volodymyr Zelensky, Trump replied:

He proceeded to call Ukraine corrupt, and stressed that he was determined to weed out corruption.

But people couldn't help but notice his Freudian slip.

Call it a cornered criminal’s Freudian slip. Call it a slip of the traitor’s tongue. Donald Trump was so relaxed… https://t.co/CFxWOh50HK
— Stephanie Kennedy (@Stephanie Kennedy) 1574448608.0

Weirdly enough, Trump has done this before.

Here is the president on the White House Lawn confessing that he asked a foreign leader to investigate his politica… https://t.co/FwL8pnPMCO
— Matt Rogers 🎙 (@Matt Rogers 🎙) 1569164894.0

At least he's finally being honest—even if it's accidental.