A Senior White House Official Just Described Trump's Foreign Policy in 3 Words, and It's Trump in a Nutshell 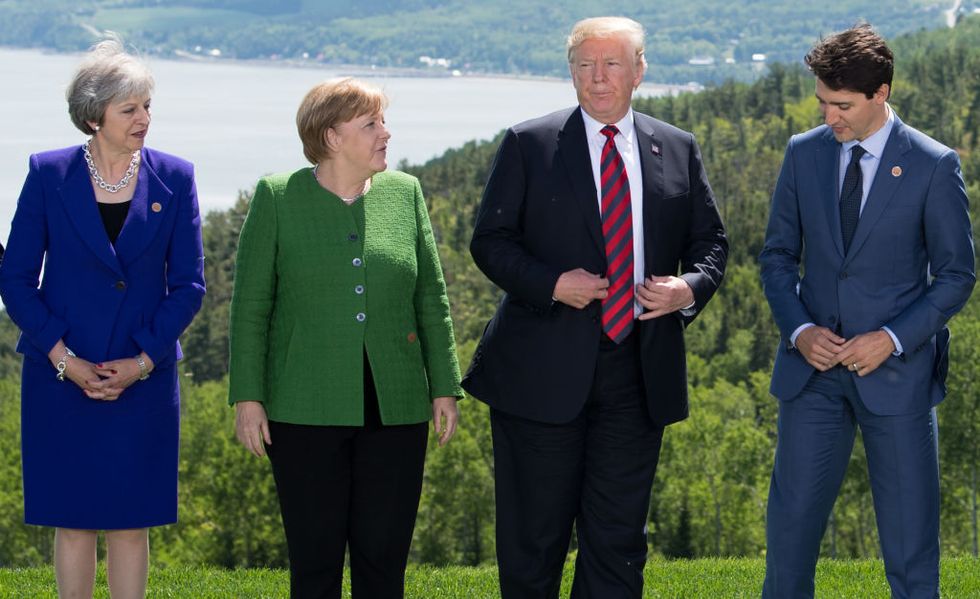 President James Monroe famously established the Monroe Doctrine in regards to U.S. foreign policy in 1823. His philosophy of opposing any further European colonialism in the Americas was a departure from his predecessors that reshaped alliances in the Western Hemisphere.

In a nutshell it stated any European attacks against independent nations in the Americas was an attack against the United States. It established the Americas as a united front against further European invasion.

Now, in the age of Trump, a new foreign policy doctrine is emerging. Based on conflicts provoked by the United States with our closest — both geographical and political — allies, the Monroe Doctrine of Western Hemisphere alliances is over.

But what exactly is the Trump Doctrine?

Jeffrey Goldberg of The Atlantic spoke to senior White House officials to get an inside look at Trump's foreign policy. And one of those officials nailed the Trump Doctrine for diplomacy, alliances and negotiations in just 3 words:

“What is it?” Goldberg asked.

"No Friends, No Enemies," another official explained. He described the foreign policy philosophy as Trump doesn’t believe that the U.S. should be part of any alliances, at all, for any reason.

We have to explain to him that countries that have worked with us together in the past expect a level of loyalty from us, but he doesn’t believe that this should factor into the equation."

A national security official described the Trump Doctrine as "Permanent destabilization creates American advantage." So those provocations of our allies? They are not anyone's imagination.

But back to that 3 word Trump Doctrine. The official who described it as "We're America, bitch," explained the president's philosophy as Trump "doesn’t feel like he has to apologize for anything America does."

It's a bit reminiscent of a South Park sketch where Eric Cartman petulantly declares "I do what I want" in a bid to appear dominant and garner attention. Speaking of South Park.... that Trump Doctrine reminded more than a few people of another Trey Parker and Matt Stone creation.

Goldberg later asked another senior official who described the doctrine as “We’re America, Bitches,” whether he knew of the 2004 movie Team America: World Police, whose theme song and foreign policy model was "America, Fuck Yeah!"

"Of course," the official laughingly replied. "The president believes that we’re America, and people can take it or leave it."

Unfortunately for Trump, and the denizens of the United States, it looks like most of the world is just fine with the second option. French President Emmanuel Macron described the recent G7 summit as G6 +1 and expressed a willingness to make it just G6.

The will to have a text signed by 7 countries must not be stronger than the content of that text. On principle, we… https://t.co/GLpGm8wL0i
— Emmanuel Macron (@Emmanuel Macron) 1528399098.0

Other world leaders seem equally willing to walk away from a Trump lead United States instead of capitulating to his demands.

The Twittersphere also has some definite feelings about the Trump Doctrine.

If this all seems to be the exact opposite of the Obama administration's foreign policy, that included strengthening existing alliances and creating new ones while holding countries like Russia accountable, there's a reason for that.