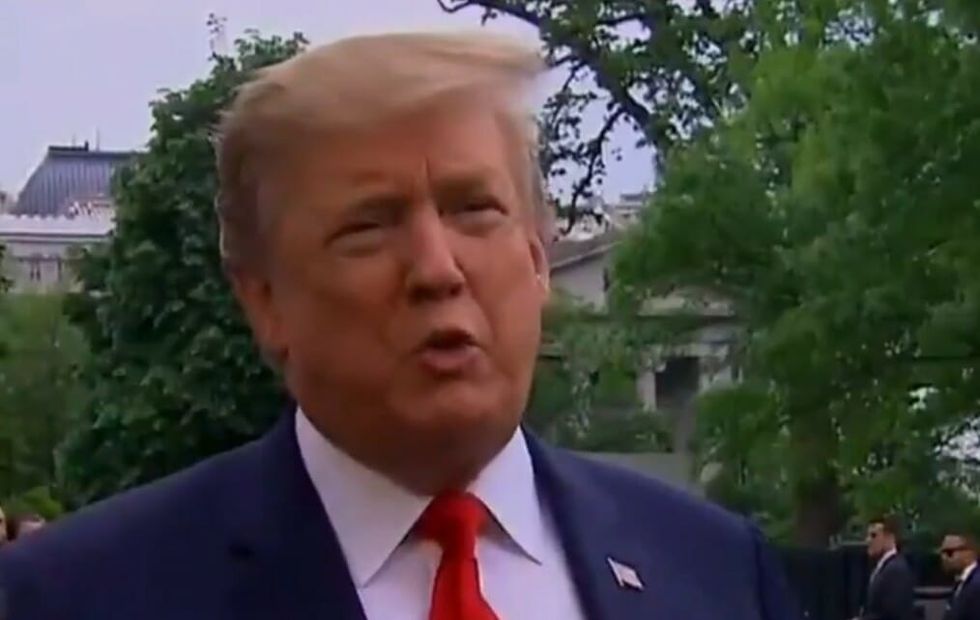 President Donald Trump's reaction to the violence and murder in Charlottesville, Virginia in August 2017 continues to dog him. It was even cited by former Vice President Joe Biden as a catalyst for his return to speak out in condemnation and to return to public life.

In the wake of the Unite the Right rally—supported and attended by White supremacist and White nationalist organizations—President Trump initially placed blame for the outbreak of violence and the murder of Heather Heyer on "both sides." Trump went on to claim there were "very fine people" among the White supremacists and nationalists.

In a scripted statement, that Trump reportedly hated making, he walked back his initial response. But the change of heart about White supremacists only lasted a short time before Trump reversed his scripted remarks in an impromptu meeting with the press at Trump Tower.

Now the President has a new version of what he said and what he meant. In speaking to the press while on his way to the National Rifle Association (NRA) convention, Trump claimed:

"I was talking about people that went because they felt very strongly about the monument to Robert E Lee. A great general, whether you like it or not."

Asked if he still thinks there were "very fine people" on both sides of the white supremacist rallies in Charlottes… https://t.co/raLgDOXBZ9
— Aaron Rupar (@Aaron Rupar) 1556286536.0

In the almost two years since Charlottesville, this is the first time Trump used this explanation. People are understandably skeptical.

Others pointed out the President praising Lee was not a major improvement over his original praise of White supremacists.

While others pointed out the chants by the rally participants were not about Lee.

@atrupar Well considering they joined the bigots chanting about jews I assume they feel strongly about more than ju… https://t.co/sLnirFfYRw
— Craig (@Craig) 1556291998.0

Whether or not President Trump revises his statement on Charlottesville again leading up to the 2020 presidential election remains to be seen.