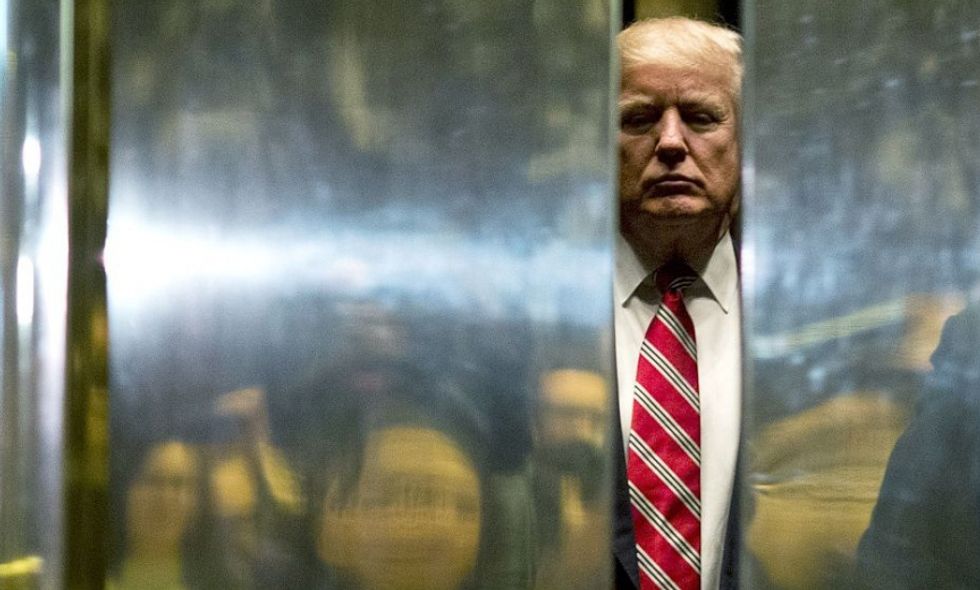 An exchange documented by Barbara Res in a Daily News OpEd today offers a harrowing if unsurprising glimpse into the way President Donald Trump treats those who work for him.

Ms. Res worked for the Trump organization in various vice presidential capacities for over a decade. Her piece in the Daily News describes one of the now-President's interactions with an architect who dared to make elevators in Trump Tower more accessible to the disabled.

Trump told the architect to take it off, get rid of it.

“Get rid of the (expletive) braille. No blind people are going to live in Trump Tower. Just do it,” Trump yelled back, calling him weak.

Res's account confirms what many have suspected since even before Trump descended the escalator of that same building to announce his candidacy for president: Trump targets those he perceives as weak.

Res goes on to characterize just how Trump benefited from being a belligerent boss:

He would say whatever came into his head. Ordering an underling to do something that was impossible gave Trump the opportunity to castigate a subordinate and also blame him for anything that 'went wrong' in connection with the unperformed order later. A Trump-style win-win.

While Res's OpEd gives more insight to just how bullish Trump's management style is, many knew from his actions in the past week alone that Trump does not bring out the best in his staff and their performance.

But, as Res points out, his management position no longer affects Trump Tower contractors and employees alone, but Americans everywhere.

She describes one instance in which, at Trump's orders, she told contractors working on the Plaza Hotel's presidential suite that Elton John would soon be staying there. She knew there was no such reservation, but Trump ordered her to relay the message so they would finish their work sooner.

The allegations certainly explain the amount of false statements from Donald Trump and other staffers like Sarah Huckabee Sanders and Kellyanne Conway.

But Res makes an important distinction between her lies and those of his staffers:

They are not saying something silly like Princess Diana is buying an apartment in Trump Tower; they are misleading and deceiving the American public on matters of great importance.

Res demands to know why Trump's staff doesn't stand up to him on matters of this magnitude. The American public has been echoing her question for a long time.

@realDonaldTrump If any of you staffers are reading these comments I implore you to stand up and do the right thing. #invokethe25th
— princess_Babs (@princess_Babs) 1536342621.0

It's a sign of the times we live in that I don't find anything written here even slightly surprising. No one imagin… https://t.co/SodvCCOB0Y
— Ryan McCuaig (@Ryan McCuaig) 1536229058.0

Sorry, but I'm tired of these anonymous WH staffers who whine off the record about Trump yet don't have the courage… https://t.co/21MSmCQWCd
— rich plummer (@rich plummer) 1535473722.0

Americans are clearly getting tired of having Trump as a boss, but unless someone--be it his employees, legislators, or investigators--stands up, citizens have little hope of forming a union.