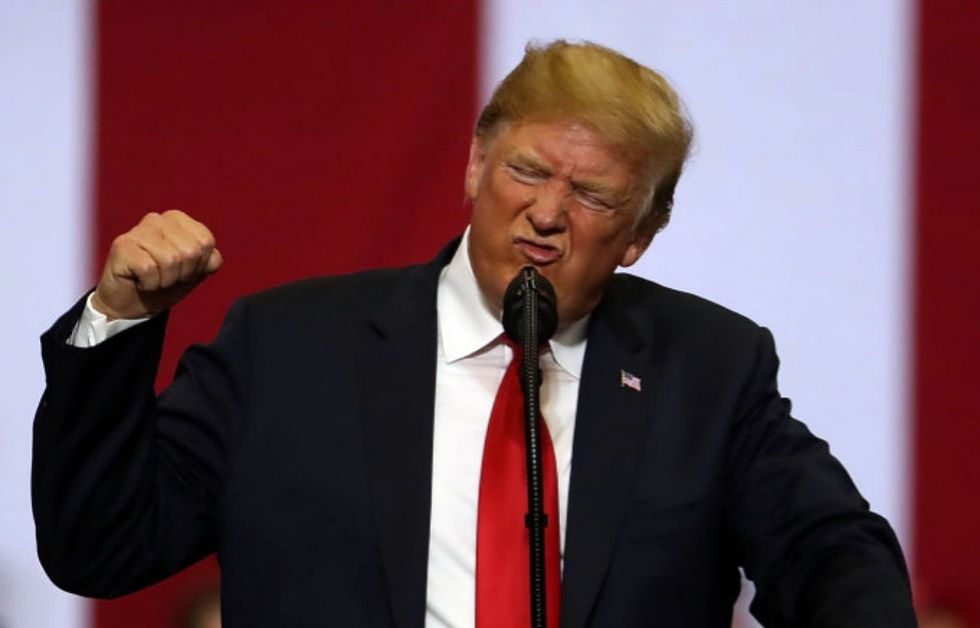 The United States government, like most massive organizations in the world, speaks a language laden in acronyms. Every government agency has one as do all the top officials.

POTUS is President of the United States. FLOTUS signifies the First Lady. DACA is Deferred Action for Childhood Arrivals. DoD is the Department of Defense.

Some government acronyms are fixed, based on what they signify, such as POTUS, FLOTUS, and the acronyms for older government agencies like USN, FTC, BIA and FBI. But newer programs and agencies spend some time choosing their title so they can create an acronym they want.

It's no accident that ICE, an agency formed in the wake of the 9/11 terror attacks under the newly created Department of Homeland Security, is called ICE. They could just as easily be CIE or ICS or any other combination of letters to represent a law enforcement agency in charge of customs and immigration. But they chose Immigration and Customs Enforcement.

Why? Because ICE sounds cooler.

Nowhere is the government acronym dance more prevalent than in naming laws and executive actions. In order to garner support, the public needs to know about your bill or policy and rally behind it.

But the full names of government actions are difficult for the public to remember and don't roll off the tongue. That's where a short, catchy, easily remembered acronym comes in handy.

People will remember it, talk about it and share it on social media even if they don't know what each letter in your acronym stands for. The DREAM Act is a perfect example of good wording used to create a memorable acronym.

And that is why anyone familiar with the government acronym game is dumbfounded by the Trump administration's latest move.

President Donald Trump (POTUS) is planning to leave the World Trade Organisation (WTO) and adopt a new trade bill for the United States (USA). But that bill needed a name.

And it got a good one. One few people are likely to forget. Of all the configurations available, the POTUS chose United States Fair and Reciprocal Tariff Act.

Suddenly we're all 10 years old again. Except now we have Twitter.

Needless to say, once word of the new Trump FaRT broke, the internet could not help but take notice.

Did someone get punked? Look at the acronym. United States Fair and Reciprocal Tariff Act US FART Act https://t.co/kA6lJt81Mm
— Cheryl Rofer (@Cheryl Rofer) 1530485497.0

Truly a shame that members of Congress won’t be in town tomorrow to talk about how much they support Trump’s US FART Act
— Haley Byrd (@Haley Byrd) 1530497064.0

@byrdinator Damn it ...I knew something was building up inside the GOP. I don't wanna be anywhere close to DC when they release this kraken.
— QuietRioter☀️ (@QuietRioter☀️) 1530514923.0

@mamasaurusof2 Isnt there anyone on this admins payroll to check these things? Or is it really just a big joke to… https://t.co/uKkhgsfxRR
— Bermuda Dune (@Bermuda Dune) 1530561430.0

Some folks from across the Atlantic were kind enough to point out that in their slang, to trump means to fart.

But University of Wisconsin-Madison professor of government, Don Moynihan, offered his own unique analysis.

"The world is laughing at us" says Trump, before proposing the FART Act (Fair and Reciprocal Tariff Act)
— Don Moynihan (@Don Moynihan) 1530495665.0