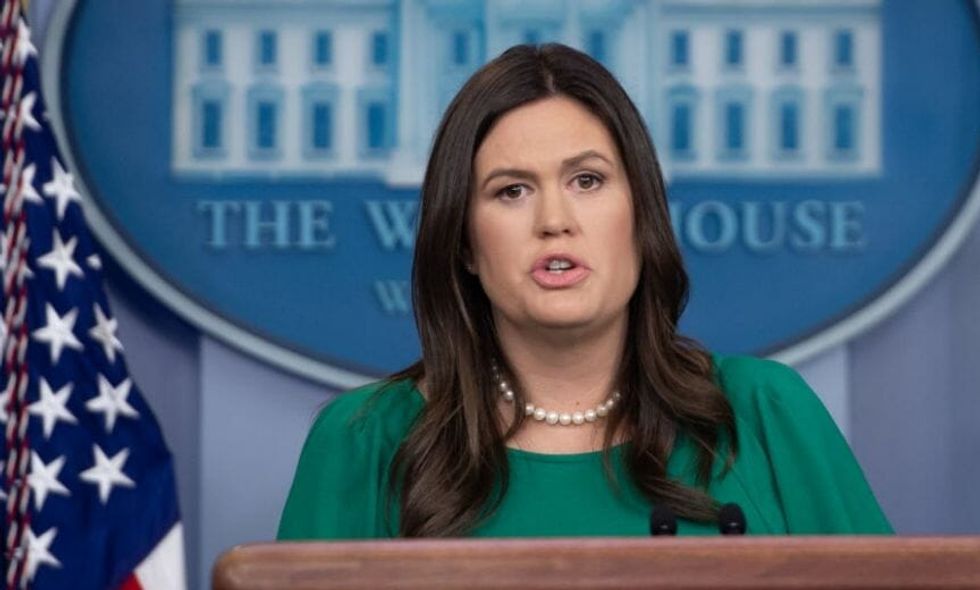 Speculation immediately began as to who would replace her, but now the country can stop wondering. In a tweet, First Lady Melania Trump announced that her Director of Communications, Stephanie Grisham, would be taking over as the new White House Press Secretary at the end of the month.

Grisham has maintained a relatively low profile during her tenure with the First Lady, but reports have it that, like Sanders, she has a reputation for being firm and fiercely loyal to the First Lady and the president, both of whom she's worked with in various capacities since 2015.

Like other members of the Trump administration, Grisham has been reprimanded by the Office of the Special Counsel (unrelated to the Mueller investigation) for a Hatch Act violation for tweeting a Trump campaign slogan.

Grisham's soon-to-be predecessor has had a profound effect on one of the most visible positions in a presidential administration. Under Sanders, once-daily White House press briefings are a thing of the past. Sarah Huckabee Sanders hasn't held a White House briefing in over 100 days. She also became infamous for her tense relationships with certain White House correspondents, as well as her willingness to lie.

With Sanders changing the expectations of the press secretary position so immensely, people have one question for the incoming Grisham.