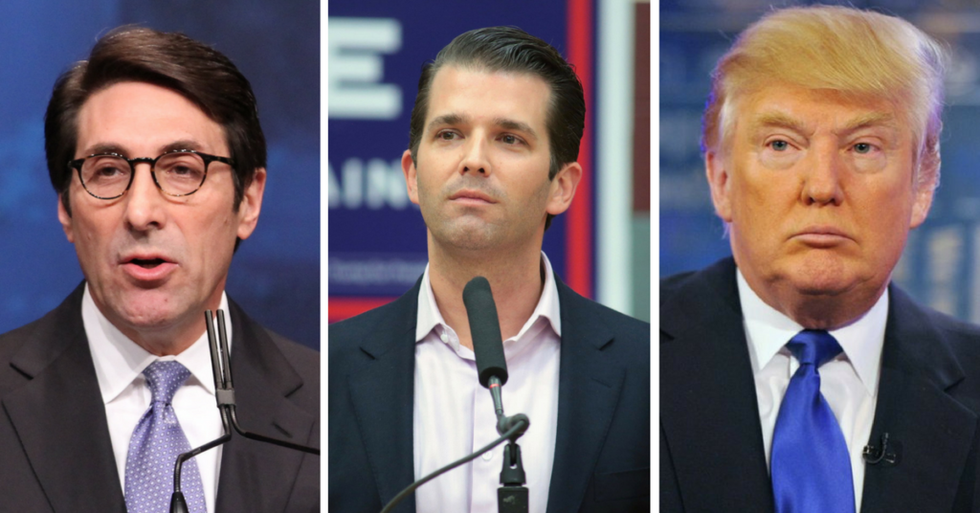 In an emailed response to questions about Sekulow's comments, Secret Service spokesman Mason Brayman said that the president's son was not under Secret Service protection at the time of the meeting and "Thus we would not have screened anyone he was meeting with at the time."

Last week, Donald Trump Jr. revealed that he met with a Russian lawyer during the presidential campaign. An intermediary for the lawyer promised damaging information about Hillary Clinton, the Democratic opponent. Trump Jr.’s emails contradict months of denials by the Trump administration of any collusion with Russian operatives.

Video obtained exclusively by CNN shows the future President Donald Trump with Russians tied to the email controversy. The video shows Trump attending a dinner with Emin Agalarov and his father, Aras, the billionaire head of an Azerbaijani-Russian family with ties to Russian leader Vladimir Putin. The Agalarov family became Trump’s business partners in Las Vegas in June 2013. Also at the dinner: their publicist, Rob Goldstone, who would later send Donald Trump Jr. the damaging emails which have placed him at the forefront of the controversy over Russian collusion, Michael Cohen, Trump’s personal attorney, and Keith Schiller, the current director of Oval Office operations.

Sekulow maintains that President Trump had no knowledge of the meeting until The New York Times broke the story. Speaking on CNN's State of the Union, Sekulow said that Trump "was not engaged in this, was not aware of it."

Sekulow's denials have drawn criticism, including from Senator Mark Warner (D-VA), the top Democrat on the Senate Intelligence Committee.

"Frankly, it's a little bit unbelievable that neither the son or the son-in-law ever shared that information with their dad, the candidate," Warner said, adding that he wants to question everyone involved in the meeting. "Whether we'll be able to get the Russian nationals to come over and testify is an open question. Those people that our committee has jurisdiction over, the Americans, I sure as heck want to talk to them."