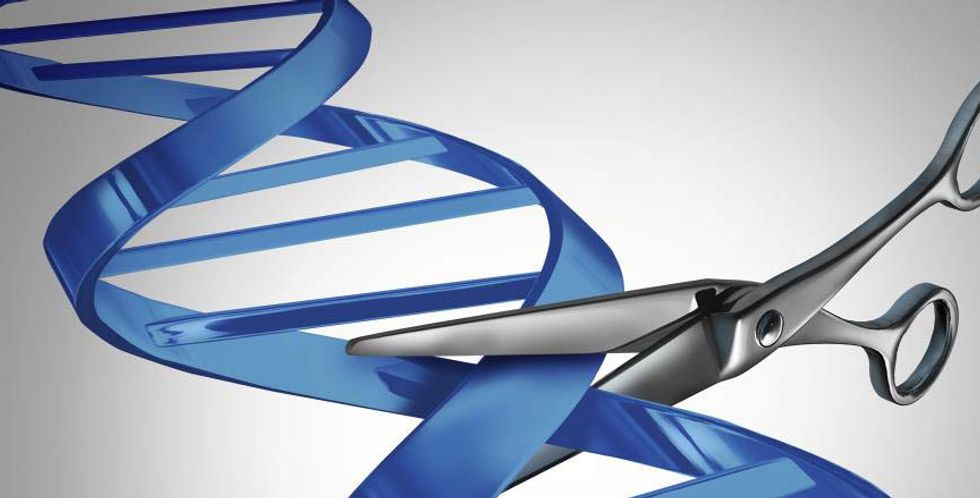 Personalized gene therapy to fight cancer? The potential is there, and it’s game-changing.

Malignant tumors are notoriously hard to fight. Cancerous cells mutate, distinguishing them from normal, healthy cells. The mutations change molecules called neoantigens, which create a sort of red flag that tells the immune system to attack the mutated tumor.

Cancer cells don’t just mutate; they also branch out and diversify. One part of a tumor may have a significantly different mutation (and a different neoantigen) than another part. This concept is known as heterogeneity, and it’s the reason cancer is so difficult to fight.

Current targeted therapies go after specific mutations, but if those mutations are found in only some parts of the tumor, the remaining cells can keep growing or even become resistant to future therapies.

An international team of researchers has found that each area of cancer, including complex mutations, carries a unique protein flag. This could allow doctors to isolate a common mutation in all of a patient’s malignant cells.

“What we have shown is that there are unique therapies potentially present within each patient’s tumor,” says cancer evolution expert Charles Swanton.

These new findings create two potential options for treating cancer patients. In one, doctors read a tumor’s genome and find which flags are present on all the malignant cells. They then re-infuse the patient with T-cells cells that attack the tumors with precision. In another, the protein flags themselves could be used to make a vaccine.

Swanton, along with a team led by cancer researcher Sergio Quezada at University College London, conducted preliminary studies on two patients with different kinds of lung tumors, finding T-cells that recognize trunk mutations in both. “This is the first evidence that there are seeds of a tumor’s own destruction nestling in the tumor itself,” says Swanton. The studies have not resulted in an eradication of either patient’s tumors, but they open the door to future therapies.

“The opportunity here is to be able to identify T-cells within tumors that react with truncal flags, to expand these T-cells in culture, and re-introduce these cells back into patients to target the patient’s tumor,” says cancer geneticist David Adams.

"For many years we have studied how the immune response to cancer is regulated without a clear understanding of what it is that immune cells recognize on cancerous cells,” says Quezada. “Based on these new findings, we will be able to tell the immune system how to specifically recognize and attack tumors."

If this sounds too good to be true, it might be. The study has yet to enter clinical trials, and Swanton, who has not yet done a cost analysis, concedes that the treatment won’t be cheap.

“This work is right on the cutting edge. The next stage will be to expand the approach to larger cohorts and to use it as part of clinical trials,” says Adams.

If the treatment does work, researchers believe it will be most effective on tumors with many mutations, such as melanoma and smoking-related lung cancer. Further research could reveal whether less mutated cancers like bladder, prostate and pancreatic cancer could be targeted by the same personalized therapy.

“We know there is a long way to go,” says Swanton.  “This is the first step in an exciting journey.”

Swanton hopes to launch the first human trial in lung cancer patients in the next two to three years.