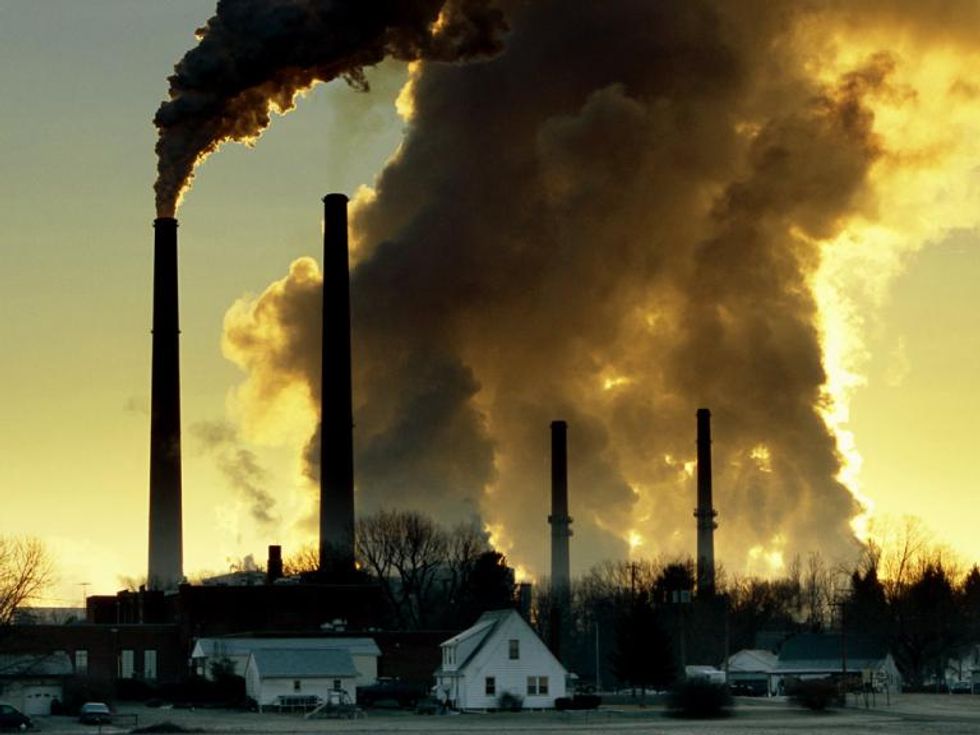 Scott Pruitt, head of the Environmental Protection Agency, announced that President Donald Trump will sign an executive order ending the Obama administration's Clean Power Plan. As Oklahoma's attorney general, Pruitt had once sued the EPA to prevent the CPP from taking effect.

The goal of the CPP is to cut carbon dioxide emissions from U.S. power plants 32 percent below their 2005 levels by the year 2030. Each state would have the option of choosing its own path to meet the goal through a combination of increases the amount of electricity from renewable sources like wind and solar power; switching to natural gas; and increasing efficiency at coal-powered plants.

The Obama administration released the CPP after attempts to pass cap-and-trade and other environmental legislation were blocked by the Republican congress. Business interests and 27 states responded by suing to stop the policy, saying it was a violation of the separation of powers. The Supreme Court issued a stay on the regulations, halting their implementation until the lawsuits were decided by the courts. The case is currently awaiting a ruling from the U.S. Court of Appeals.

In the interview, Pruitt argued that the policy would result in job loss and that Trump's new executive order would fulfill campaign promises. The executive order "will bring back manufacturing jobs across the country, coal jobs across the country," said Pruitt, a promise thatis considered unlikely, at best according to many analysts who note that regulations such as the Clean Power Plan often add jobs.

When asked about whether this action will undermine the Paris Climate Agreement,

Pruitt stated, "Well, the Paris accord is something, as you know, that's non-binding. It was not a treaty, as such. The Clean Power Plan is not tethered to the Paris accords." He also said that "Paris was just a bad deal."

This follows controversy earlier in the month when Pruitt said that he did not believe that carbon dioxide was a primary reason for global warming.

"I think that measuring with precision human activity on the climate is something very challenging to do and there's tremendous disagreement about the degree of impact, so no, I would not agree that it's a primary contributor to the global warming that we see," said Pruitt. "But we don't know that yet as far as ... we need to continue the debate and continue the review and the analysis."

Climate scientists responded with facts about carbon dioxide and the environment. A group of 30 scientists sent a letter protesting Pruitt's conclusions. Members of the American Meteorological Society also tried to educate the EPA head, saying, "In reality, the world’s seven billion people are causing climate to change and our emissions of carbon dioxide and other greenhouse gases are the primary cause. This is a conclusion based on the comprehensive assessment of scientific evidence. It is based on multiple independent lines of evidence that have been affirmed by thousands of independent scientists and numerous scientific institutions around the world. We are not familiar with any scientific institution with relevant subject matter expertise that has reached a different conclusion. "