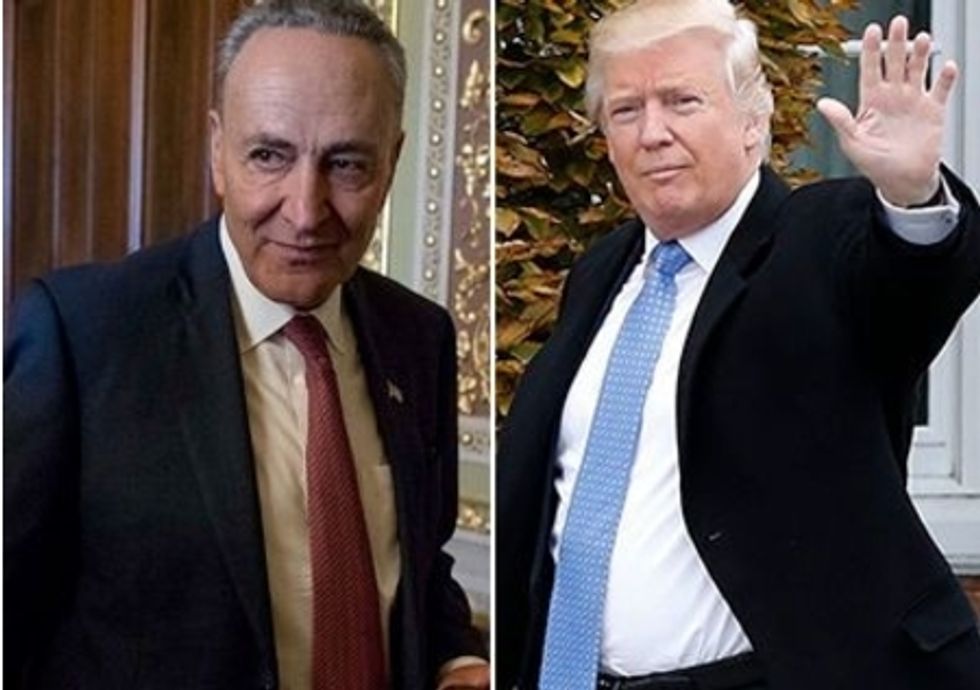 President Donald Trump threatened to end funding that helps poor Americans get heath care. In an interview with the Wall Street Journal, the president said he was considering taking the action to force Democrats to negotiate and support plans to end Obamacare.

His plan involves the payments the federal government is supposed to provide the insurers under the ACA. These are cost-sharing-reduction subsidies for enrollees who are unable to cover co-pays and other medical care. The payments go to the insurers, so without them many companies may not participate, causing the entire program to fail.

As one Trump administration official told Politico, “You don't put up the cash, and Obamacare implodes."

Republicans in the House sued to stop the payments in 2014. They believed that the payments were unconstitutional bceause they had not been approved by Congress. Last May, a federal judge agreed but said that payments could continue while the ruling was appealed by the Obama administration.

To stop the payments, all Trump needs to do is stop the appeal. “I don’t want people to get hurt,” Trump said. “What I think should happen—and will happen—is the Democrats will start calling me and negotiating.”

The president believes that the public will blame Democrats for the law's collapse, despite the fact that a Kaiser Family Foundation survey found that 61% of the public now blames Trump and the Republicans for the problems with Obamacare.

Democrats don't have much incentive to negotiate when doing so would also result in ending health care for many of the same people. Senate Minority Leader Chuck Schumer responded to the threat in a statement, saying, "President Trump is threatening to hold hostage health care for millions of Americans, many of whom voted for him, to achieve a political goal of repeal that would take health care away from millions more. This cynical strategy will fail."

Insurers have said they need to know if the subsidies will remain before deciding whether to stay in the marketplace for 2018. Those decisions must be made by June. The insurers, the American Medical Association, the American Hospital Association, and the US Chamber of Commerce are lobbying to continue the subsidies. In letters to the president and congressional leaders, the were blunt. "We urge the Administration and Congress to take quick action to ensure [cost-sharing reductions] are funded. We are committed to working with you to deliver the short-term stability we all want and the affordable coverage and high-quality care that every American deserves."