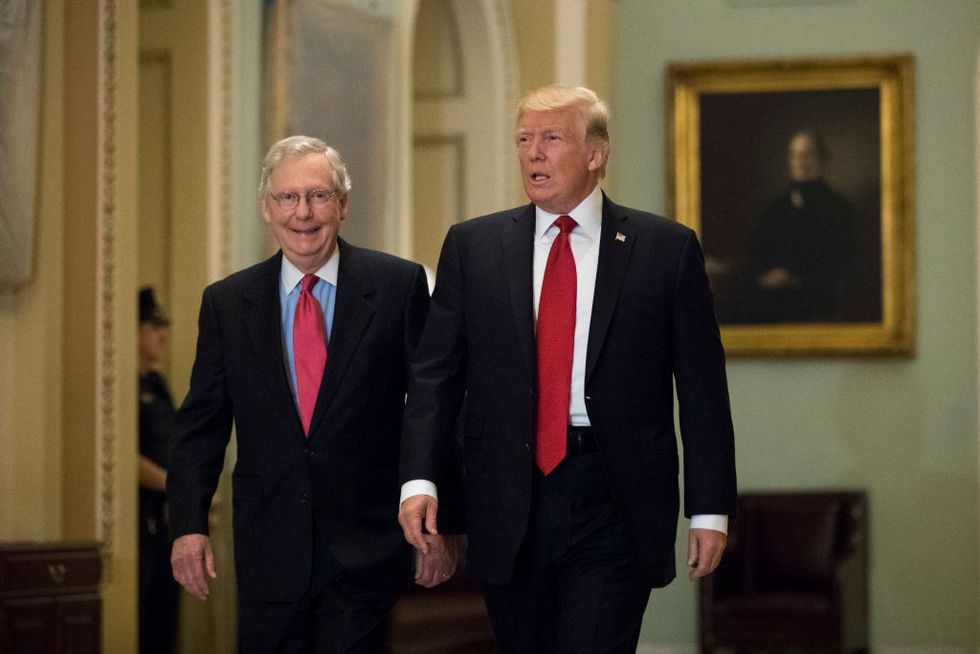 More than 400 American millionaires and billionaires have signed a letter urging the Republican-controlled Congress to not cut their taxes, as they believe the proposed tax cuts for the wealthy will cause further national debt and inequality. They say that drastically reducing taxes on the wealthiest families would be an egregious mistake, especially when the national debt is high and economic inequality is at its worst since the 1920s. The current tax plans in Congress would add $1.5 trillion to the national debt to compensate for the tax cuts.

The letter beseeches Congress to not pass any tax bill that "further exacerbates inequality." In fact, the signers of the letter want Congress to do the opposite of the currently proposed tax cuts for the wealthy - they want higher taxes for themselves.

The group is comprised of doctors, lawyers, CEOs and entrepreneurs, and names such as Ben Cohen and Jerry Greenfield (Ben & Jerry's Ice Cream founders), fashion designer Eileen Fisher, billionaire George Soros, and philanthropist Steven Rockefeller. They were brought together by Responsible Wealth, a group that advocates for the organization of workers and progressive change.

"I think a tax cut is absurd," said Robert "Bob" Crandall, a former American Airlines CEO, now retired. He believes that Republican lawmakers are "saying we can't afford to spend money, but we can afford to give rich people a huge tax break. This makes no sense."

The White House and Republicans argue that everything in the senate bill is designed to stimulate more investment, from the wealthy, back into the U.S. economy. They say the money that corporations and the rich save on their taxes would likely be used to start new companies or build new factories.

This is the core foundation of trickle-down economics, made popular by President Reagan in the 1980s. It didn't work 30 years ago, and it has never worked since.

Yet the Trump administration insists it will work this time.

"I don't believe that we've set out to create a tax cut for the wealthy. If someone's getting a tax cut, I'm not upset that they're getting a tax cut," Gary Cohn, the head of Trump's National Economic Council, said in an interview with CNBC last week. "Everything in our tax system is meant to encourage investment."

But what is really happening is that President Donald Trump himself is telling Republicans to cut taxes for the rich.

Trump on Twitter Monday morning: "I am proud of the Rep. House & Senate for working so hard on cutting taxes {& reform.} We’re getting close! Now, how about ending the unfair & highly unpopular Indiv Mandate in OCare & reducing taxes even further? Cut top rate to 35% w/all of the rest going to middle income cuts?"

The request, which the president managed to tweet while touring through Asia, comes at a sensitive moment in tax negotiations. It contradicts what he has said before, which is that tax legislation should be focused on providing middle-class tax relief. Now he insists on cutting taxes for the wealthy. Trump has also said that any GOP tax plan would raise taxes on himself, though closer inspection of both the house and senate proposed plans show that they would greatly benefit his family and businesses.

But signers of the Responsible Wealth letter disagree with Trump and Republican lawmakers. They argue that corporations are already at record profit levels and wealthy people don't need more money. They would rather see the government use the funds to invest in education, research, and roads that benefit everyone and to ensure that healthcare is not cut.

"I have a big income. If my income gets bigger, I'm not going to invest more. I'll just save more," said Crandall.

This is why trickle-down economics do not work, and Trump's push for it now more than suspiciously looks like he, like Crandall would, wants to save more money. The letter specifically criticizes the plan to repeal the estate tax, which currently only affects those who leave more than $5.49 million ($11 million for couples) in assets to their heirs. The senate plan would double those thresholds, allowing individuals and couples to inherit $11 million and $22 million respectively, tax free.

"Repealing the estate tax alone would lose an estimated $269 billion over 10 years — more than we would spend on the Food and Drug Administration, Centers for Disease Control, and Environmental Protection Agency combined," the letter states.

"This has to be one of the few times members of Congress have been visited by people saying don't give me a tax cut," said Mike Latham, who inherited sizable wealth from his family's paper mill in upstate New York and now directs the Responsible Wealth project at United for a Fair Economy. "Wealthy people are saying it themselves: we don't need a tax cut."