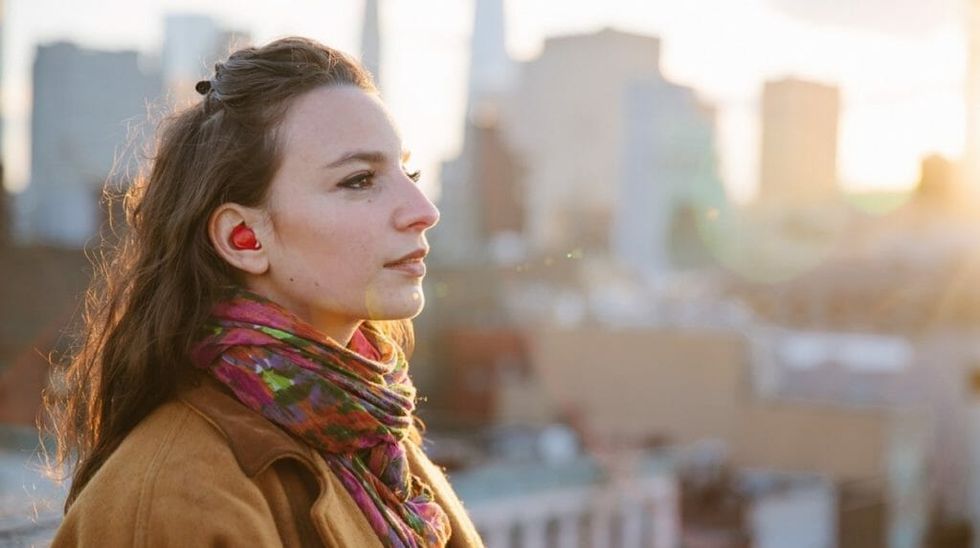 For individuals seeking the thrill of travel and communication with people from around the globe — but without the hassle of language courses, computer programs or actual learning — this is big news.

Technology company Waverly Labs has crafted an in-ear device that translates languages in real-time and on-the-go. The Pilot Translation Kit is currently available for pre-order, but will not hit stores until late Summer 2017.

This earpiece operates on Bluetooth technology and features noise-cancelling microphones for uninterrupted dialogue. In the space between two simple earpieces, speakers of two distinctly different languages can reach common ground. The first earbud filters out ambient noise from the speech of someone talking, which is then translated by the Pilot phone app — using speech recognition, machine translation, machine learning and speech synthesis technologies — and returned through the second earbud without interruption. The delay in sound is currently only a couple of seconds, but regular updates to hasten the lag will gradually become available.

A useful device for those who regularly converse with speakers of those languages, the Pilot’s sales may in fact closely resemble trends in the decreasing number of students enrolled in such courses. According to the Modern Language Association, 100,000 fewer students were enrolled in language classes in 2013 than in 2009.

As for logistics, the device only translates what is heard in the earpieces from one user to another, but Waverly Labs plans for future generations of the Pilot to translate a person’s entire surroundings. If someone cannot wear the earpiece, the translation app also operates on speaker mode.

Additional features of the Pilot are simple Bluetooth operation in that a user can make and receive phone calls or stream music and receive sound via the earpiece. Unfortunately, the Pilot is not yet available for offline use without a data connection, though that concept is in-development.

The Pilot is priced at $299 — but is currently available for preorder at $249 — which includes a second earpiece and a battery charger. There is also a downloadable app that allows the user to apply the desired language to the earpiece.

According to Waverly Labs, over 19,000 people have already preordered the Pilot, and the earliest backers will receive it may be as soon as May 2017!