Two objects are orbiting our solar system close to Earth, and NASA scientists aren’t sure what one is. 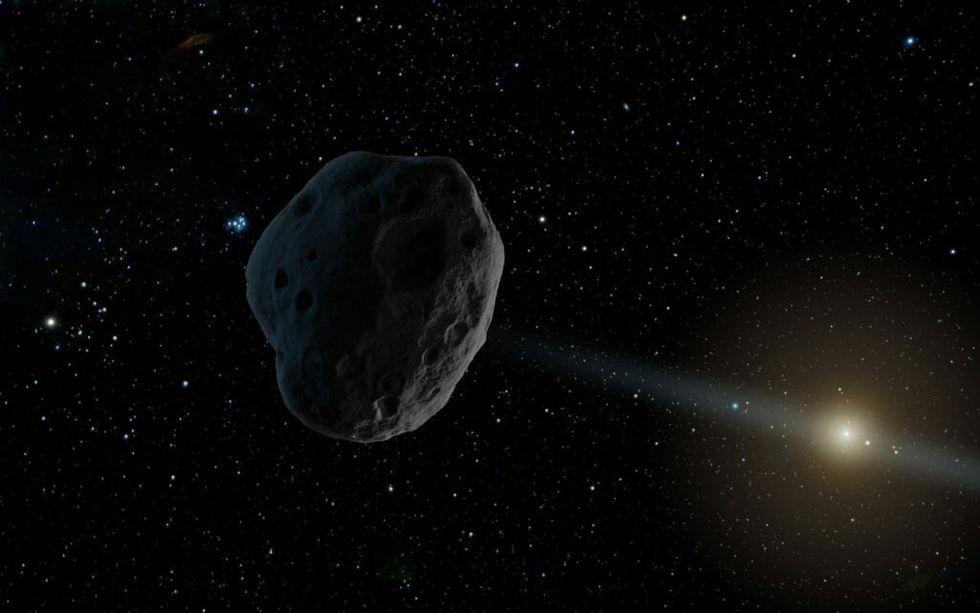 NASA has discovered two objects orbiting our solar system but isn’t sure what one of them is.

The first object, dubbed C/2016 U1 NEOWISE and discovered in October 2016 by NASA’s asteroid-hunting NEOWISE project, is definitely a comet.

It reached its closest point to the sun last weekend, on January 14, after which it departed Earth’s inner solar system for the outer solar system.

Reports of its visibility have been scarce after late December, as the brightness of a comet can be “notoriously unpredictable,” said Paul Chodas, manager of NASA's Center for Near-Earth Object (NEO) Studies at the Jet Propulsion Laboratory in Pasadena, Calif.

Scientists believe C/2016 U1 NEOWISE has already been in orbit for millions of years, and this is the first time in recorded history that it came close enough to Earth to be detected.

The second object, which NASA is calling 2016 WF9, was spotted by NEOWISE on November 27, 2016. It will approach Earth’s orbit on February 25, at a distance of 32 million miles—too far to be visible from Earth.

However, NASA researchers are not sure whether it’s a comet or an asteroid. At approximately 0.3 to 0.6 miles across, it is considered large, and given its orbit and low reflectivity, NASA believes it may be a comet. However, it notably lacks the gas and dust cloud comets typically display.

Comets are usually composed of ice, dust and rocky material that sheds in the heat as the comet approaches the sun, a process called outgassing. This debris trail also affects its brightness and visibility. Asteroids, on the other hand, are considered minor planets, having formed closer to the sun, and are made up of metal and rocky materials, so they don’t release a visible trail of dust.

“2016 WF9 could have cometary origins," said Deputy Principal Investigator James "Gerbs" Bauer of NASA’s Jet Propulsion Laboratory. "This object illustrates that the boundary between asteroids and comets is a blurry one; perhaps over time this object has lost the majority of the volatiles that linger on or just under its surface."

Given 2016 WF9’s orbit, one that’s well-studied and understood by scientists, NASA says the most likely scenario is that it’s a former comet or item that strayed from a population of dark objects in the main asteroid belt.

Neither object is considered a threat to the planet.

NASA’s NEOWISE, which stands for Near-Earth Object Wide-field Infrared Survey Explorer, is essentially a giant space telescope launched in low-Earth orbit in 2009 to create infrared maps of the sky. It was reactivated in 2013 with a new mission of identifying and characterizingpotentially hazardous near-earth objects by measuring both their diameters and the amount of light they reflect.

If 2016 WF9 turns out to be a comet, it will be the tenth comet spotted since NEOWISE’s reinstatement. If it is an asteroid, it will be the 100th asteroid identified under the NEOWISE program.