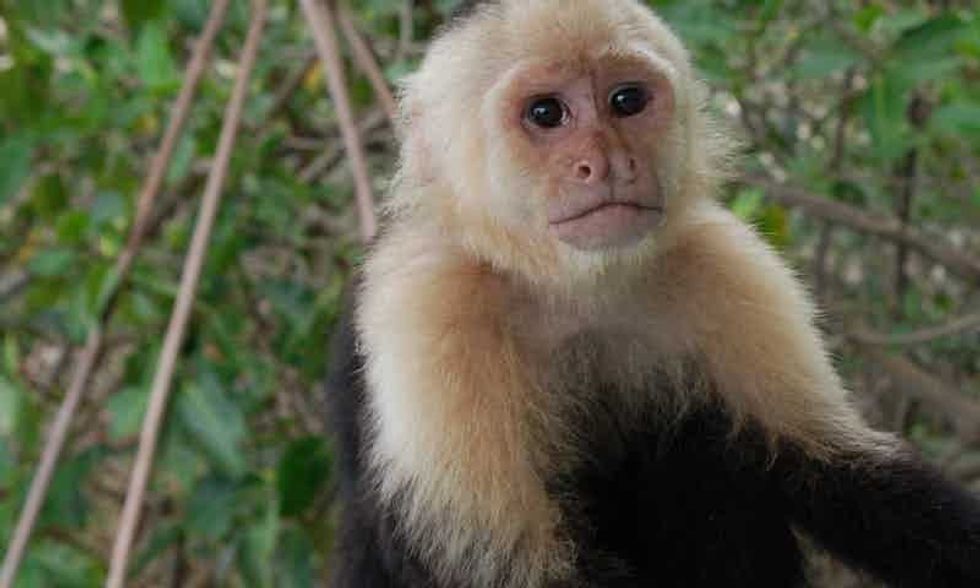 A group of white-faced capuchin monkeys in Panama hasbegun using stone tools to feed themselves, thus entering their own Stone Age. They’re thesecond group of monkeys that researchers have observed using tools in the past two years, providing intriguing insights into humans’ own evolution.

The Panamanian group lives on the small island of Jicarón, which is part of Coiba National Park. One group of monkeys is particularly adept with its stones, using them to crack open coconuts, snails, and nuts. Researchers first reported the Jicaron monkeys’ use of stone tools in 2004, but a team returned to the island in 2017 to record and document their findings.

Their study included a few surprises. First, though capuchin monkeys live on all three islands that make up Coiba National Park, only the monkeys on Jicaron demonstrate tool use. Second, the males that use tools move from group to group, but the other groups of monkeys don’t appear to learn the behavior. Only a handful of males hold the knowledge.

Discovering primates using tools in the wild is rare. In captivity, primates have long used tools because they have nothing but time. But the real world holds anynumber of hazards that animals don’t encounter in captivity — predators and habitat encroachment among them. Scientists speculate that the reason the Panamanian capuchins have mastered their hammer-and-anvil cracking technique is that there are no predators on Jicarón, so the monkeys can spend more time on the ground rather than retreating to the tree canopy.

What’s more, when wild primates or other wild animals do use tools, they’re almost always plant-based tools, usually sticks or twigs. Stone tools are very rare, and scientists speculate that might be because appropriately sized stones are relatively rare in wild primate habitats, while the components of plant tools are common.

Meanwhile, in Brazil, a group of scientists from Oxford University and University of São Paulopublished research in 2016 that shows a different group of capuchin monkeys has mastered the tricky task of cashew harvesting — and they’ve been at it for centuries.

In fact, as a result of this discovery scientists have christened a new field of study: primate archaeology. In Brazil, capuchin monkeys have been living in their own Stone Age for about 1,000 years. Separately, a group of chimpanzees in the Ivory Coast have been using stone hammers to crack nuts for more than 4,000 years.

All of these discoveries hint at the rich and mysterious lives lived by our primate cousins as we evolved separately, but side-by-side. And, given the habitat requirements that underwrite stone tool use, the new discoveries strongly suggest that any Stone Age — including the one that benefited our own ancestors — involves astrong element of luck. And once a Stone Age is achieved, a new world of food opportunities become available, which helps the group as a whole thrive.