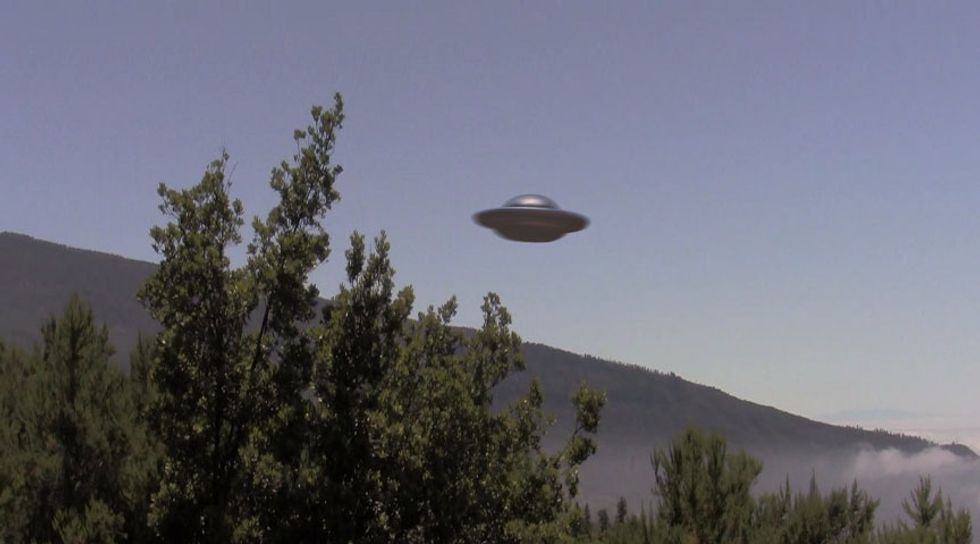 The desire to reach beyond the bounds of our known world is inextricably wound up with the human condition, and movies like the recently-released The Martian feed directly into those desires.

Based on a bestselling book by Andy Weir, director Ridley Scott’s The Martian, starring Matt Damon, has become an instant blockbuster hit. As of October 12th, ticket sales for The Martian had rocketed to over $227 million at the box office worldwide. The film is widely expected to follow in the footsteps of other high-earning films set in space, like Interstellar and Gravity.

The prospect of extending humanity’s reach to the red planet doesn’t just sell books and movie tickets. It sells space shuttle tickets too. According to The Guardian, more than 200,000 people signed up to be selected as crew members for Mars One, a controversial privately-funded mission to create a human colony on the red planet scheduled to depart Earth in 2027. The requirements to apply were few: applicants had to be over the age of 18 (the age of legal maturity in many countries), between about 62 and 75 inches tall, and in good physical and mental health; they also needed to fit a particular character profile.

Of the original 200,000 applicants worldwide, the list has been whittled down to just 50 males and 50 females. Ultimately, the list will shorten to 24—six groups of four—who will be trained as astronauts. Then, each group of four will compete for the chance for the first set of one-way tickets to Mars.

If the mission comes together as planned and the astronauts successfully reach their destination, their first task will be to set up a space-age settlement. According to Mars One’s

website, the plan involves connecting several landers with corridors to create the initial living space. Eventually, using Martian materials, the hope is for the astronauts to build a much larger home for themselves--10 meters by 50 meters. As for food and water, though the astronauts will bring emergency rations with them, Mars One’s plan is to have the astronauts produce their own food on the red planet. Mars One also expects that water will be able to be extracted from soil on the surface of the planet.

Mars One has received a lot of criticism—not only because the astronauts selected will never return to Earth, but also because it’s unclear whether the organization behind the proposal has a realistic budget or plan for the trip. According to Sumit Passary of Tech Times, Mars One has a budget of about $6 billion. NASA, on the other hand, estimates that any manned mission to Mars would have a much higher price tag: roughly in the area of $35 billion. Mars One’s CEO, Bas Landsorp, accounts for the difference by pointing to the fact that Mars One doesn’t plan a return journey, but after publishing a critical review of the Mars One plan, a group of MIT students squared off with Landsorp at the Mars Society Conference, arguing that the Mars One mission is not feasible.

It remains unclear as to whether the Mars One will be able to secure enough funding to become a reality. Though the bulk of the mission will be funded by investments, Mars One’s business model relies heavily on what it calls “the media value of the adventure.” The organization is also  crowdingfunding and selling merchandise in order to raise the funds needed for the mission. As of March 2015, Mars One had raised a little over $784,000 in donations from around the globe.

NASA’s plans for a round trip mission to Mars, on the other hand, are well underway. Capitalizing on the timing of The Martian’s release, NASA convened panel discussions at Kennedy Space Center to publicize its plans for a manned Mars mission. According to NASA’s website, “NASA is developing the capabilities needed to send humans to an asteroid by 2025 and Mars in the 2030s.” The mission will be executed in several stages, starting with technology currently being developed by astronauts on the International Space Station. The next phase, sometime in the 2020s, will involve capturing an asteroid and redirecting it to orbit the moon. Later, astronauts aboard the Orion will explore the asteroid and test new technologies outside of low-Earth orbit that will be necessary for a successful Mars mission. And then—after many more tests are performed and many more unmanned rovers are sent to explore—sometime in the 2030s, humans may finally walk on Mars.