"Magic" Paper Could Save Forests

A new technology creates reusable printing paper by applying a coating of nanoparticles made of Prussian blue and titanium dioxide, which allows a sheet of paper to be used up to 80 times without recycling. Using only UV light and heat to print and erase, respectively, this technology could have large-scale applications to limit the paper industry’s future damage to our environment. 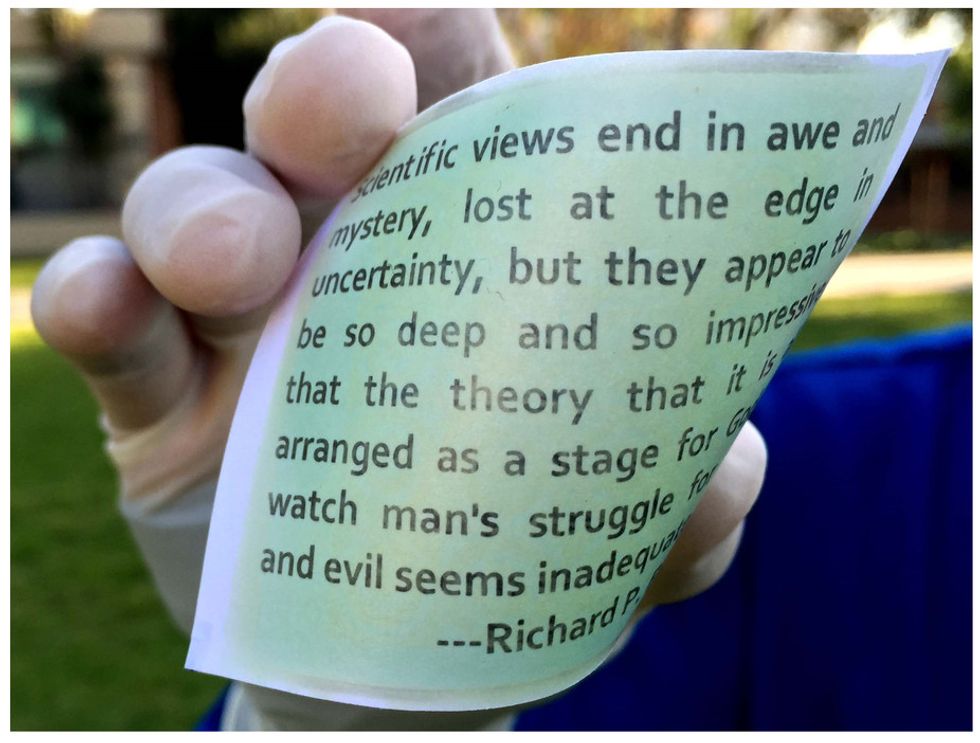 Scientists have developed a coating for paper using nanotechnology, allowing them to print, erase, and reuse paper up to 80 times without recycling. This inkless printing, which can be erased with heat, has vast potential to reduce the paper industry’s negative impact on our environment.

Environmental Issues from the Paper Industry

Despite the number of people glued to their electronic devices and companies going paperless, the EPA reports that paper still exceeds nearly all other recycled items combined. As the fifth largest energy and water consumer, the pulp and paper industry harvests approximately 35 percent of the world’s trees. The paper making process requires a significant amount of fuel and water to extract the pulp from the raw wood—leaving that water contaminated by harmful chemicals.

A number of hazardous by-products are used and released during the papermaking process, such as dioxin and phosphorus. For instance, releasing an excess of phosphorus—typically considered a nutrient—tends to create an imbalance in the life cycle by over-feeding plants, which then tend to deprive the animals of necessary oxygen within that aquatic environment.  Likewise, ink and toner also contaminate the water and soil during their manufacturing and usage, damaging wildlife habitats., Trucking––and shipping paper from place to place––creates air pollution.

Despite efforts to increase environmental efforts through recycling, paper products comprise approximately 40 percent of landfills and paper production creates almost one percent of total carbon emissions. In fact, the paper recycling process itself causes more environmental damage through the water and energy required for repulping, but in particular through the ink removal process.

Thus, the scientific community has been working to develop technology for paper that can be reused multiple times to reduce environmental damage from paper production and recycling further. For years, researchers have tried to create a chemical coating for paper that would change colors when exposed to ultraviolet (UV) light. But previous projects have struggled, not only with efficacy issues of readability and reuse but also with affordability and the ability to render their paper products safe from hazardous chemicals.

Using nanotechnology, Yadong Yin, Chemistry Professor at the University of California, Riverside, and his team have developed a new coating that uses two different kinds of nanoparticles—particles that measure 1 to 100 nanometers; by comparison, a piece of paper has a thickness of approximately 100,000 nanometers. The coating’s two types of nanoparticles are Prussian blue, a common pigment for inks and blueprints, and titanium dioxide – often found in sunscreens.

When the team applied UV light to the coated paper, the titanium dioxide released electrons, turning the Prussian Blue ink clear. To create words, the printer operates through a transparent plastic mask with black type on it. The black type effectively blocks the effect of the chemical reaction on the paper, while all the paper behind the clear plastic will turn white around the letters. Alternatively, a laser beam can be used to scan the areas of the paper that are supposed to turn white. Modifications to the chemical process currently allow for a choice of printing colors, limited to one at a time.

Currently, the only remaining high cost to the process is the printer, which Yin’s team plans to address next. The process requires no ink, and scientists have reused the paper up to 80 times. The paper can be reused by applying 120-degree heat for 10 minutes, a much lower temperature than will ignite the paper, but any content will automatically disappear within five days.

But if the five-day disappearing ink seems impractical, consider the comments of Sean Xiao-An Zhang, a chemistry professor at Jilin University in China, who worked on earlier research of reusable paper. "Several international statistics indicate that about 40 percent of office prints (are) taken to the waste paper basket after a single reading," he said.

Yin seems focused on extending the viability of the print on the page beyond the current five-day maximum. “As we develop this technology further, we hope to make rewritable paper available for many uses of displaying information, especially temporary uses like newspapers, magazines, and posters. Other uses extend to manufacturing, healthcare and even simple organizing, such as making rewritable labels.”

For now, he tells Phys.org, "The greatest significance of our work is the development of a new class of solid-state photoreversible color-switching system to produce an ink-free light-printable rewritable paper that has the same feel and appearance as conventional paper, but can be printed and erased repeatedly without the need for additional ink." He adds, "Our work is believed to have enormous economic and environmental merits to modern society."