Boxed Macaroni and Cheese Contains Phthalates––Should You Still Eat It? 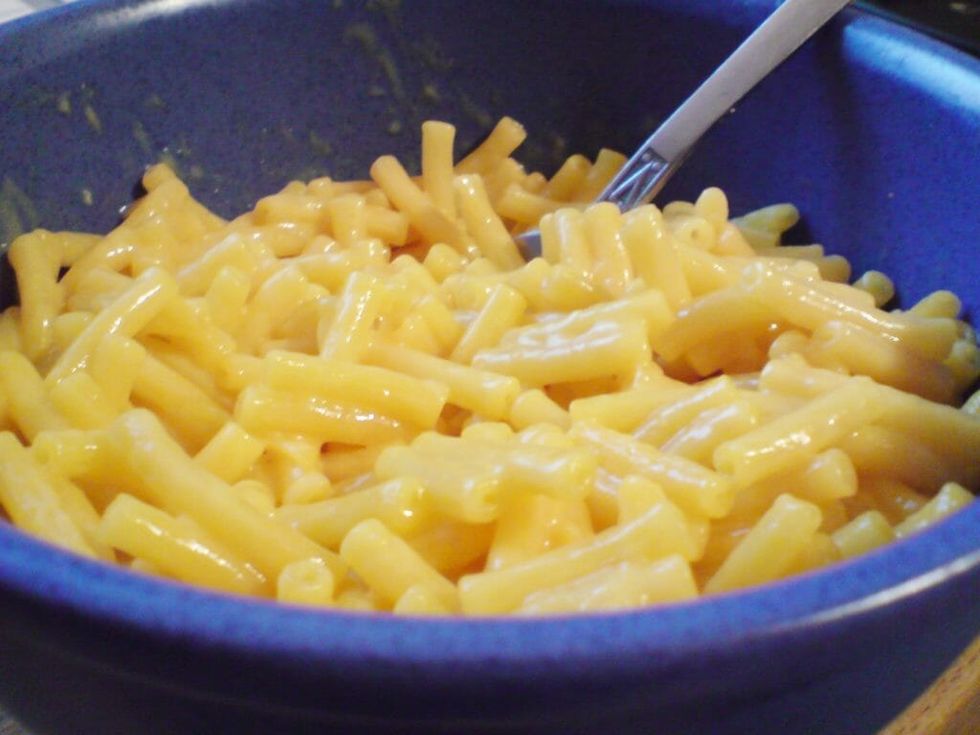 Boxed macaroni and cheese: It’s one of the most popular convenience foods in the nation, beloved by generations with an estimated 2 million boxes sold every day.

Turns out it also contains harmful chemicals that have been banned in Europe and in kids’ toys in the U.S.

According to a new study of cheese products by the Coalition for Safer Food Processing and Packaging, all tested versions of packaged macaroni and cheese, including those brands labeled organic, contain phthalates — industrial solvents used as plastic softeners, ink and adhesives.

The study centered on 30 cheese products purchased from retail stores around the U.S, ranging from block and shredded cheddar to string and cottage cheeses. The highest concentration of phthalates was found in the powdered cheese packet that comes in boxed macaroni and cheese — more than four times the amount found in natural cheese. The coalition tested the cheese products for 13 different phthalates and found all but two, with some products alone containing up to six different phthalates.

That said, just how alarmed should we be about serving our kids cartoon character-shaped pasta with a dash of plasticizer?

The jury’s still out. Kraft Heinz, which claims 76 percent of the boxed mac ’n’ cheese market,  released a statement to CNN after the cheese study, claiming that it does “not add phthalates to our products. The trace amounts that were reported in this limited study are more than 1,000 times lower than levels that scientific authorities have identified as acceptable. Our products are safe for consumers to enjoy."

Further, a Slate article quoted Dr. Sheela Sathyanarayana at the University of Washington as saying “there’s really no dose that we know that will lead to significant health effects,” and that one would probably need to eat multiple boxes a day before suffering a measurable impact on their health.

The dangers of phthalates are well documented. They’ve been implicated in everything from hormone imbalances to neurodevelopmental and behavior problems in young children, diabetes and even cancer, but they pose an especially big risk to pregnant women carrying boys. Because phthalates are a known endocrine disruptor, they can block the production of testosterone in a developing fetus.

“That means there is less testosterone available to the developing male fetus, and since testosterone is absolutely vital to build his reproductive organs, the worry is that you will get malformations and other kinds of problems that translate to health effects later,” Dr. Heather Patisaul, professor of biological sciences at North Carolina State University in Raleigh, N.C., told the New York Times. This includes “infertility, low sperm counts, altered male reproductive behavior and changes in the area of the brain that are important for sex differences between men and women.

“If you asked most scientists about the top 10 or 20 endocrine-disrupting chemicals they worry about, phthalates would be on that list,” Dr. Patisaul said. “We have an enormous amount of data.”

The Coalition for Safer Food Processing and Packaging surmised the phthalates were picked up during packaging and processing from industrial equipment like conveyor belts, gaskets and plastic tubing, as well as printed labels on the packaging. Because phthalates bind with fats, they tend to build up in fatty foods like meat, fish and dairy products such as cheese — therefore, the more processing a cheese product undergoes, the more opportunities it has to absorb phthalates.

“Our belief is that it’s in every mac ’n’ cheese product — you can’t shop your way out of the problem,” Mike Belliveau, executive director of the Environmental Health Strategy Center, one of four groups that funded the study, told The New York Times.

So, what’s a die-hard mac ’n’ cheese lover to do? Take the extra time to make your own, or, in the words of Pam Factor-Litvak, a professor of epidemiology at the Mailman School of Public Health at Columbia University, just “limit the use of the boxed products to those nights when it’s 8:30 pm and your kids haven’t eaten yet.”