Could a Harmless Bacterium Be a Cure for Cancer? 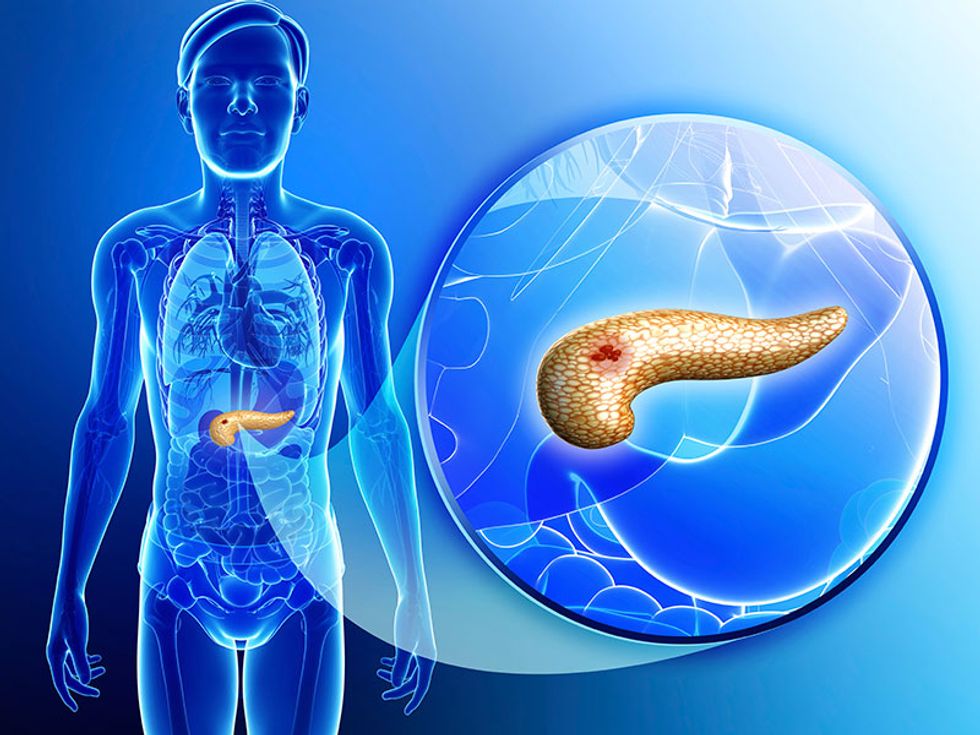 A new drug shows promise in combating metastatic pancreatic cancer with no side effects – and it's made from common bacteria.

Metastatic pancreatic cancer accounts for only 3 percent of all cancers in the U.S., but 7 percent of all cancer deaths. It has a median survival of 3.5 months if it goes untreated, and six months with treatment, though some patients do live longer. The cancer originates in the pancreas, a small organ that works as part of the digestive system and also produces insulin. But for metastatic forms of pancreatic cancer, it quickly spreads to other areas of the body, like the liver and the lungs.

In a trial study conducted at St. George’s University of London, doctors found that patients treated with an injection of IMM-101 in addition to the standard chemotherapy drug gemcitabine had higher survival outcomes than patients treated only with chemotherapy. Although the study was small (only 110 people participated in the trial), lead doctor Angus Dalgleish was encouraged by the results.

“This is the first time we have got an immunotherapy that is a really good candidate to help control pancreatic cancer, which is one of the biggest killing diseases,” said Dalgleish, a professor of oncology at St. George’s University of London.

Made from Mycobacterium obuense (a harmless bacterium in the same genus as those that cause leprosy and tuberculosis), IMM-101 works by revving up the immune system to mount an attack on the cancer cells. The injection stimulates a variety of immune system cells to help them get past the shield created by pancreatic tumor.

Unlike immune checkpoint inhibitor immunotherapy drugs, which can cause the immune system to attack healthy tissue as well as cancer cells, IMM-101 has not been shown to have

negative side effects. This could be an enormous boon to patients suffering not only from cancer, but also from the debilitating side effects of chemotherapy.

“These are exciting results and support our hope that immunotherapy will in the future become a generally accepted treatment for a wide range of cancers, improving both survival rates and quality of life,” said Harry Cotterell, chair of trustees for the Institute for Cancer Vaccines and Immunotherapy.

The new drug could be a huge leap forward in the fight against metastatic pancreatic cancer. But IMM-101 has yet to prove its capabilities fully. In the trial conducted by Dr. Dalgleish, the overall survival benefit was 6.7 months for those treated with IMM-101 versus 5 to 6 months for those treated with only chemotherapy. This may be due to the small number of patients in the trial who didn’t have the metastatic form of pancreatic cancer (18 of the 110 participating) seemed to do better without the immunotherapy treatment.

“While the results of this early trial didn’t show whether combining the immunotherapy drug with standard chemotherapy actually improved survival, they showed the combination treatment was safe and might help some patients,” said Dr. Justine Alford, a senior science information officer at Cancer Research UK.

A larger trial study is currently being planned to further investigate the use of IMM-101. This next study will focus specifically on people with metastatic pancreatic cancer.