In a major breakthrough for nuclear fusion, the UK has just switched on a fusion reactor—and it appears to be working. 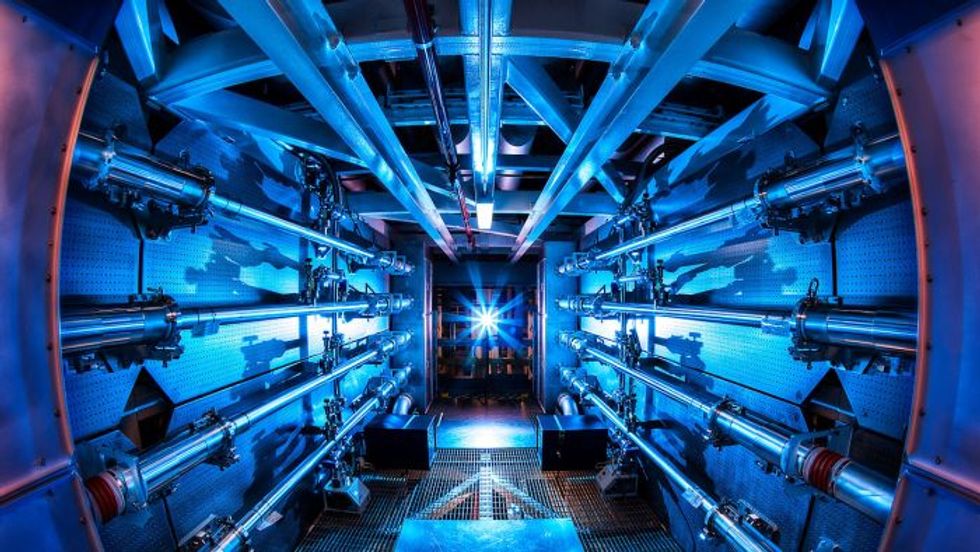 Last month, the UK switched on a massive new fusion reactor—and it appears to be working.

Nuclear fusion is different than the technology we currently have, nuclear fission, which is the source of about10% of the world’s electricity. Fission is a chain reaction that consists of splitting atoms to release energy. An unfortunate byproduct? Deadly radioactive waste.

Fusion, however, occurs in the super hot cores of stars like our Sun. Instead of splitting atoms,fusion involves smashing them together under pressure, which causes them to fuse. Though its primary byproduct is helium, nuclear fusion also has radioactive waste as a byproduct. Unlike fission’s byproduct, though, this waste decays very quickly. It’s a source of virtually clean and limitless energy that has been theoretical—until now.

The ST40 reactor, constructed by the company Tokamak Energy,has already achieved first plasma. This means that it’s generated the electrically charged plasma necessary to attain eventual fusion. The goal is to heat this first plasma up to 180 million degrees F by 2018, the threshold for hydrogen atoms to begin fusing into helium. For comparison, the Sun’s core burns at a comparatively cool27 million degrees F.

Tokamak’s journey with the ST40 will be long;the fusion reactor won’t produce electricity until 2025, according to projected estimates. The company hopes to follow in ST40’s footsteps quickly, however, producing fusion power that is commercially viable by the year 2030.

In apress release, Tokamak CEO Dr. David Kingham commented on the success of its ST40, its third fusion reactor in five years. “We are unveiling the first world-class controlled fusion device to have been designed, built and operated by a private venture.  The ST40 is a machine that will show fusion temperatures – 100 million degrees – are possible in compact, cost-effective reactors. This will allow fusion power to be achieved in years, not decades.”

To create nuclear fusion, scientists and engineers use very powerful magnets to control plasma at incredibly high temperatures. The process is far from easy, though the Wendelstein 7-X fusion reactor in Germanyhad previously shown that it was possible. This machine uses a 3D, twisting magnetic field to control plasma without the need for electricity (which is especially useful in the case of a power outage). The W 7-X isn’t intended to produce electricity, though; it’s just a model to show that it’s possible to attain fusion. It’s up to Tokamak’s SD40 to make that leap and prove definitively that it’s possible to use fusion to create energy for real-world applications.