This Species of Bacteria Has Developed a Resistance to Hand Sanitizer, Because Everything Is Awful 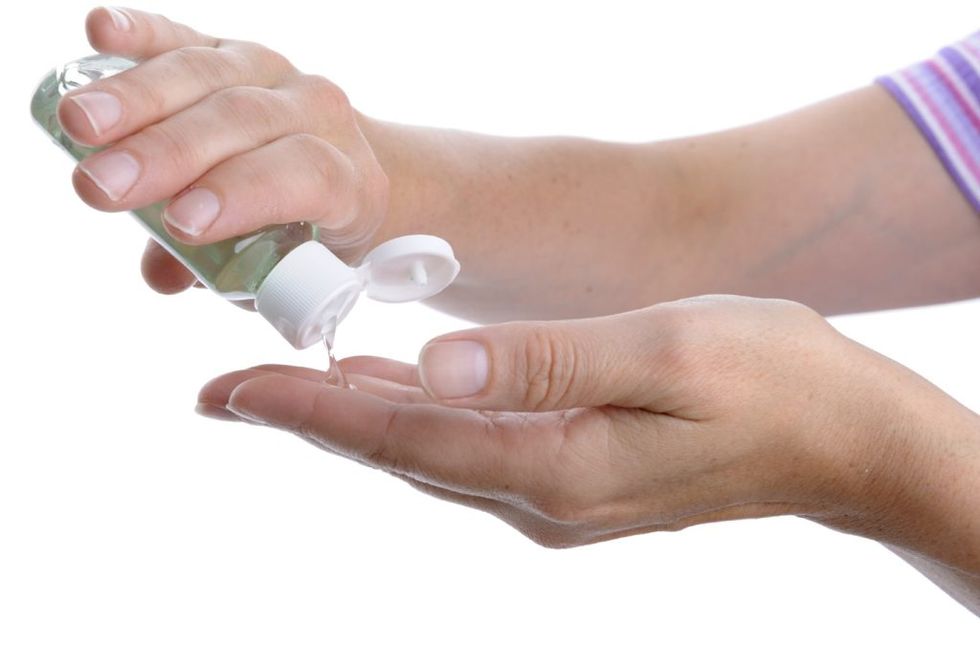 As if the reports widely circulated around the globe about the rapid spread of antibiotic-resistant bacteria and the threat posed by these adapted germs were not bad enough, now, there is a new group of bacteria that should concern the general public. If you thought that hand sanitizers were going to protect you from diseases, think again:bacteria resistant to thecleansing effects ofhandsanitizers have now been discovered.

A group of doctors and scientists in Australia have recently discovered that a particular species of bacteria, Enterococcus faecium, has shown tolerance to the alcohol-based solution found in hand sanitizers in hospitals. These bacteria are capable of infecting multiple parts of the human body including, but not limited to the skin, bladder, urinary tract, heart, blood, and digestive tract. Beyond Australia, they are the leading contributor to a blood infection called sepsis

in hospitals in Europe and North America.

In a recently published study on this phenomenon, the researchers stress that the bacteria have not become truly “resistant” but rather “tolerant” to certain levels of the alcohol-based solutions, though true resistance could be on the horizon. These bacteria can tolerate exposure to the sanitizers for longer periods of time. This is of particular concern given that Enterococci globally areresponsible for 10% of all hospital-acquired bacterial infections.

The authors of the above-mentioned research report investigated several samples of E. faecium that were collected from patients at two different Australian hospitals over the course of 19 years from 1997 to 2015. Importantly, these bacterial isolates were resistant to the antibiotic

vancomycin, which is often considered the last line of defense in the fight against antibiotic-resistant bacteria. The bacteria were examined for tolerance to solutions of alcohol disinfectant, which revealed approximately 10 times greater incidence of alcohol tolerance in the samples obtained after 2010. Samples collected pre-2004 were considerably more susceptible to the effects of these sanitizing solutions.

Hand sanitizers are typically composed of one of two types of alcohol (either isopropanol or ethanol) diluted to approximately 60-70% in water. There was significant effort levied in the early 2000s to equip hospitals with hand sanitizer dispensers for use by patients and medical

personnel to prevent the spread of hospital-acquired infections. Such expenses were justified through estimates showing that there would be a dramatic reduction in the rate of transmission of many bacterial infections to people in hospitals, such as Staphylococcus

aureus and several drug-resistant bacteria, with widespread use of alcohol-based sanitizers.

The Australian research team examined the sensitivity of 139 E. faecium isolates to varying dilutions of isopropanol-based sanitizers. The concentrations used in the study ranged from 23% to 70%. Since the researchers could not test antibiotic-resistant and alcohol-tolerant bacteria on people, they tested these bacteria on mice.

Mouse cages were inoculated with the alcohol-tolerant strains of Enterococci and subsequently disinfected using hospital-strength sanitizer wipes. Mice were later housed in these cages, and examined for evidence of infection. Mice from cages initially inoculated with more recent strains of Enterococci showed signs of the bacteria in their feces. This confirmed that hospital wipes were ineffective at controlling Enterococci contamination. Moreover, this demonstrated thealcohol-tolerance was not limited to laboratory experiments, but had real-world implications.

The alcohol tolerance described in this study with E. faecium has also been observed in other bacterial pathogens. For example, hospitals worldwide experience outbreaks of diarrhea-type disease caused by Clostridium difficile, strains of which havedeveloped some tolerance to rubbing alcohol. Augmented growth and pathogenicity have been reported for an opportunistic germ that plagues people with weakened immune systems called Acinetobacter baumannii, when the bacteria are subject to low levels of alcohol-based solutions. Furthermore, in the laboratory, scientists were able to coax the stepwise evolution of another bacteria called Clostridium thermocellum totolerate up to 8% ethanol.

The study conducted in Australia has made some progress in identifying the mechanism by which bacteria can evolve tolerance to alcohol. It has been long thought that ethanol and isopropanol exert germicidal effects by interfering with the functioning of the membrane that surrounds bacteria. Three unique gene mutations in metabolic pathways were detected in the alcohol tolerant specimens from the 139 strains of E. faecium that were screened by the scientists in the report. All three of the genes that were affected involved the transport of carbohydrates into the germs through the bacterial cell wall. These findings suggest that membrane transport channels are very important to the evolution of alcohol-tolerance in these bacteria. Further research will be required to delineate the exact mechanisms by which these mutations provide asurvival advantage to the Enterococci harboring them.

In the end, hospitals are unlikely to ditch the widespread use of hand sanitizers, since they have been particularly effective at reducing the incidence of S. aureus infections. In light of the data in support of certain bacteria evolving alcohol tolerance, medical practitioners and administrators will put new emphasis on thorough hand washing over longer periods of time to offset the spread of these infections. An additional measure suggested the incorporation of an additional anti-microbial compound into hand sanitizers called chlorhexidine. Beyond these approaches, scientists and medical doctors may need to begin considering less traditional alternatives to combat the rising threat of antibiotic-resistant and alcohol-tolerant bacterial pathogens.

In the future, it looks like it will be a wise course of action to not rely solely upon hand sanitizers to prevent infections and supplement them with some good ole soap and water.