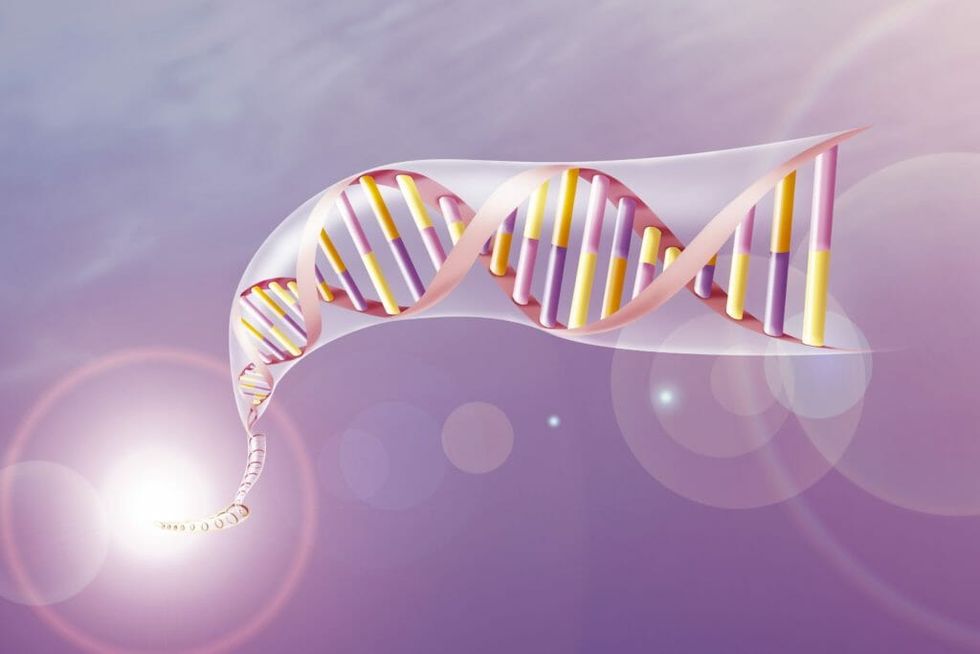 An Australian study recently plunged into the world of dark matter, using new technology to identify a multitude of microbial species. As a result, scientists have now added new 20 phyla to the tree of life.

Expanding the tree of life

Researchers at the University of Queensland used advances in gene sequencing technology and mathematics to study microbial genomes obtained straight from environmental samples, without the necessity of cultivation in the lab. The new technology is called metagenomics, whereby researchers gather specimens of all the genetic material—for instance, in a sample of soil, ocean water or baboon feces—and then piece them together using computational models to identify the microorganisms they represent.

“It’s like getting a mix-up of lots of different jigsaw puzzles, and then trying to put together the pieces of each individual puzzle,” says Donovan Parks at the University of Queensland in Australia.

Metagenomics has been key to this process because 90 percent of Earth’s microbes cannot exist outside of their own environment, such as a cow’s gut bacteria. In the study, published in Nature Microbiology, the ability to recover and organize genetic material directly from the environment may reveal the mystery behind so-called “dark matter” microbes. Every environment contains bacteria, but the limitations of technology have prevented scientists from studying them. Thus, they’ve been known as “dark matter.”

Referring to these microbial genomes, Deputy Director of the Australian Center for Ecogenomics Professor Gene Tyson explained: “Less than one per cent can be cultured, due to challenging factors including slow growth rates, fastidious growth requirements, and the need to cross-feed off other species.”

But through metagenomics, the study produced 7280 bacterial and 623 archaeal genomes, approximately one-third of which were new to science, increasing the total recovered number in storage to 80,000—nearly 10 percent.

Tyson said, “The approximately 8000 genomes recovered move us closer to a comprehensive genomic representation of the microbial world, but also show that much remains to be discovered.”

In fact, while this study was ongoing, others were busy reporting dozens or even hundreds of diverse genomes from various environments. Prior studies had approximated the number of microbial species around 1 trillion, with only two percent yet identified.

“But this is probably an underestimate, as we’ve recently found that existing methods for estimating this actually miss a lot of organisms,” according to ACE co-researcher Dr. Donovan Parks.

“There’s still a whole lot that we don’t know,” Nicholas Coleman at the University of Sydney Coleman said. “There are so many crazy environments out there, and even two patches of dirt side-by-side can have different organisms.”

Moreover, the study’s discovery of microbes differed so greatly from anything previously categorized by our scientific system of identification, it required researchers to add 20 new phyla to the tree of life. Phyla sit right below biological kingdoms in the order of things, and yet the microbes were no more closely related than humans and insects.

Next, scientists need to learn more about the new microbes. One place to start in sorting out the function of various microbes is to compare them to more familiar ones.

“For example, they might have a gene that looks similar to a methane metabolism gene,” Parks said.

But the unusual nature of these new microbes may lengthen the time required to fully absorb their functionality and capability.

“This study has put names on that dark matter,” Coleman explained. “Now we need to figure out what it’s actually doing and how we can benefit from it.”

Applications for the discovery of the new microbes

Scientists are hopeful that the bacterial microbes may lead to the development of new antibiotics. Various microbes could help in industry or environmental services—breaking down plastics, or in the creation of fuels or other chemicals.

“The better we can grasp the diversity of microbes, the more we can go looking for things that are useful,” Coleman said.

Researchers are continuing to survey other public data banks of metagenomes, and are locating tens of thousands more microbial species, according to the study’s co-author Philip Hugenholtz.

“This is just the beginning,” he said. “It’s going to go off the charts.”

Hugenholtz clarifies that this ongoing research indicates that while the number of new microbial species are numerous, the number of new phyla appears to be slowing down. These next steps in the discovery process may begin to fill in smaller gaps, rather than drawing wholly new branches, creating a more complete picture of the tree of life.

Parks said, “Constructing a comprehensive genomic repository of microbial diversity lays the foundation for furthering our understanding of the role of microorganisms in critical biogeochemical and industrial processes.”

However, Tyson is focusing on a more philosophical perspective to the discovery. “The real value of these genomes is that many are evolutionarily distinct from previously recovered genomes.” He explains, “They increase the evolutionary diversity spanned by both bacterial and archaeal genome trees by over 30 per cent, and are the first representatives within 17 bacterial and three archaeal phyla.” By way of comparison, a single phylum contains all vertebrates, and another, all flowering plants.

Parks, too, recognizes this connection between this expansion of the tree of life and how the functions of these particular microbes’ will provide insight into evolutionary development. Eventually, the ability to fill in the tree of life will help us trace the origins of humanity.

Parks said, “All the questions we have about ancient evolutionary events – what our last common ancestor looked like, when methane metabolism arose, when oxygen-producing organisms evolved – they really benefit from having more genomes to look at and a more detailed tree.”