These Female Dolphins Are Able to Prevent Unwanted Pregnancies

Female dolphins have evolved to prevent unwanted fertilization by males. 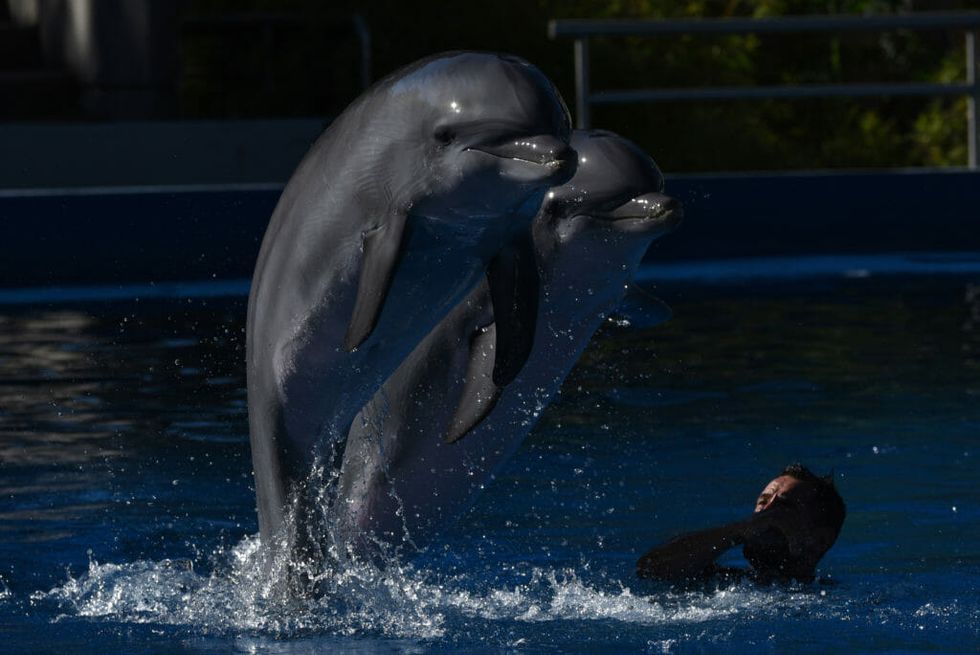 In the wake of the Harvey Weinstein scandal, the extent that women must confront unwanted male attention is at the forefront of our consciousness. But a new study released in October shows that human females are not the only ones that must fend off unwanted advances. In a study published in Proceedings of the Royal Society B, scientists found that bottlenose dolphins have evolved to protect themselves from fertilization from some of their male counterparts.

Male bottlenose dolphins form alliances of two to four dolphins in order to keep competitors away from females. When a female dolphin confronts such an alliance, the female often has no choice who she will mate with, and may mate with all of them.

However, female bottlenose dolphins, along with certain other marine animals, have evolved to develop extensive vaginal folds. These folds can act as a reproductive barrier, obstructing entry and making fertilization more difficult.

Janet Mann, Vice Provost for Research and Professor of Biology and Psychology at Georgetown University, explained: “She may not choose who she mates with, but might be able to choose which male or, more precisely, which sperm, fertilizes her egg.”

The researchers determined this complex evolutionary behavior by studying dolphin anatomy in a lab. Dana Orbach, lead author on the study, obtained corpses of recently deceased harbor porpoises, common bottlenose dolphins, short-beaked common dolphins and harbor seals. Each animal’s reproductive tract was removed and a cast was taken. In order to mimic the erect male penises, these were inflated with a saline solution. The scientists then inserted the penises into the vaginal scans, creating 3D models of the interactions.

The research revealed that short-beaked common dolphins and harbor seals have fairly straightforward anatomical designs, allowing for frequent and indiscriminate mating. For harbor porpoises and common bottlenose dolphins, however, the anatomy was more complex. The penises had bent tips, and the vaginas had dead ends that would block the penises if not inserted at exactly the right angle. “There’s this unparalleled level of vaginal diversity that we had no idea existed before,” said Orbach.

The researchers believe that this complex anatomical structure gives agency to female dolphins, and could mean that these animals “might be able to control paternity through something as subtle as a small body shift,” said Orbach.

“As somebody who has witnessed lots and lots of mating behavior in the wild, you see that females [twist their bodies slightly during mating] all the time,” said Mann.

“It might appear behaviorally that females are very passive,” said Orbach. “But looking at the reproductive anatomy, we’re learning that they have all sorts of cryptic ways to control paternity.”

Previously, very little has been known about mating behaviors in these marine animals. A better understanding of reproduction can help scientists understand more about their lives and the threats they face. “Anything that has to do with reproduction has important conservation implications,” said Mann.

In the meantime, Orbach’s team is working toward building better models so they can continue to understand more about these fascinating creatures. As Orbach said of their research: “I don’t think anyone ever says, ‘Oh, that’s boring.’”