British Study Suggests "Take Two Pints and Call Me in the Morning."

Two pints of beer can dull pain—but at a cost. 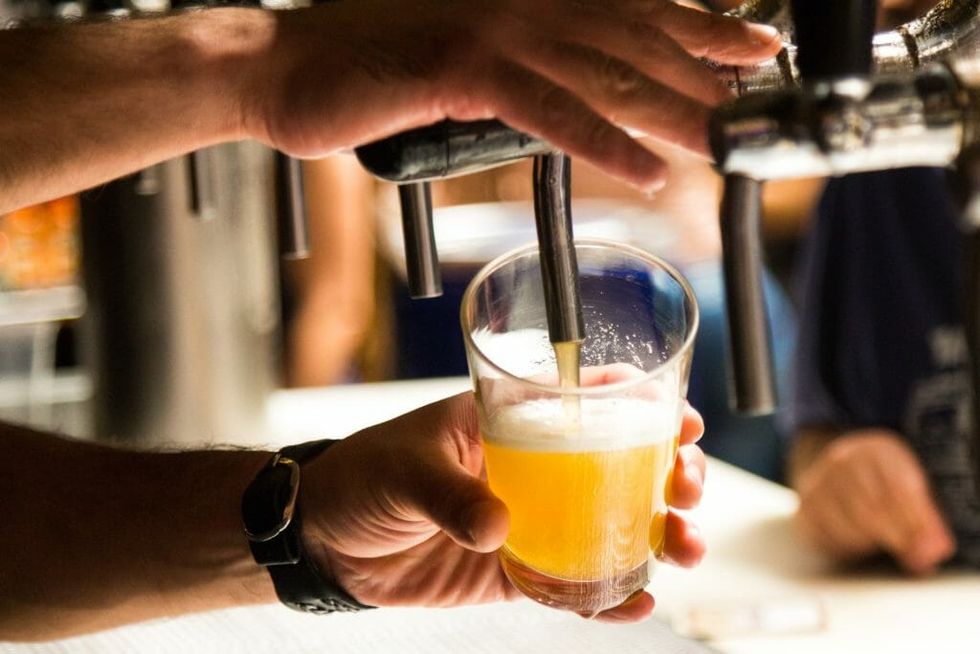 [DIGEST: Independent, The Sun, Self]

How to treat a hangover? Some argue for rest and electrolytes. Some for Tylenol. Some swear that “hair of the dog” cures what ails you.

Well, a recent study out of the UK found that the “hair of the dog” camp was onto something.

According to the study, published in the Journal of Pain, drinking two pints of beer is more effective at relieving pain than over-the-counter pain medicine like Tylenol.

The paper was a meta-analysis of 18 different studies involving 404 participants that looked at beer’s ability to dull pain intensity and boost the pain threshold. The authors found that once participants hit a blood alcohol content (BAC) of 0.08, or about four drinks, there was a small rise in participants’ pain thresholds.

However, that 0.08 BAC showed a substantial effect on lowering the participants’ pain intensity. “We found that when people were given alcohol, their pain ratings were around 25 percent lower compared to when nothing was administered or a placebo was given,” said coauthor Trevor Thompson of London University of Greenwich.

“It can be compared to opioid drugs such as codeine and the effect is more powerful than [acetaminophen],” said Thompson.

Researchers aren’t yet sure why that effect occurs—whether beer blunts the sensation of pain by working on brain receptors, or if it lowers anxiety which in turn reduces the perception of pain.

But don’t reach for that pint just yet.

was induced by experimental methods,” said Thompson. For instance, participants might dunk their hands in cold water. But in trials of pain medication, researchers examine longer-term persistent pain.

“Even though experimental pain inductions offer a great deal of experimental control, short-term pain and long-term persistent pain are different in many ways. Chronic pain tends to be more intense, produces greater distress, is less controllable. . . and it involves several different neural mechanisms,” he continued.

Drinking more than these guidelines can result in high blood pressure, cancer and liver disease. “Ironically, [drinking that much] could even present an increased risk for developing other future chronic pain conditions,” said Thompson.

So if you are reaching for alcohol to cope with pain, Dr. Rosanna O’Connor, the Director of Alcohol and Drugs at Public Health England, stressed, don’t. “Drinking too much will cause you more problems in the long run. It’s better to see your GP.”