There’s a Reason the Sound of Chewing Drives You Crazy 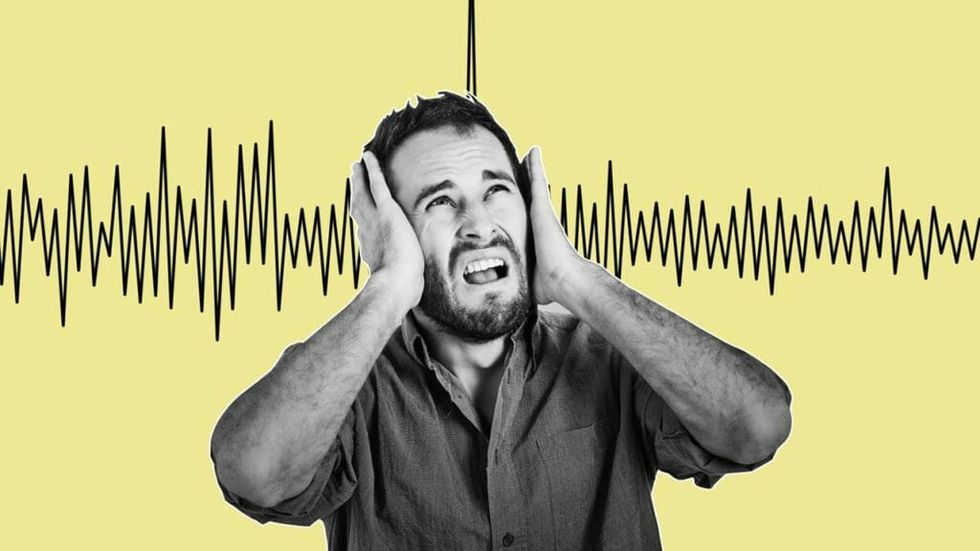 Odds are, there’s a sound that drives you nuts.

It might be someone chewing with their mouth open, or whistling, or tapping a pencil.

For many people, this is a minor annoyance; something they can easily ignore. For others, however, the mere mention incites uncontrollable rage, or even panic—causing them to do anything they can to stop the noise, or prevent themselves from hearing it.

Turns out there’s a name for this reaction: misophonia (“hatred of sound”), or selective sound sensitivity syndrome. And researchers from Newcastle University in England think they’ve figured out why some people suffer from it while others don’t: Their brains are actually wired differently.

The Newcastle University study, published Feb. 2 in the journal Current Biology, gathered 42 subjects, 20 of them with severe misophonia, and examined their brains using an MRI scanner while playing them a range of noises, from raindrops to a baby screaming to a particular individual’s trigger noise. (Misophonics’ trigger noises are commonly oral-related, like lip smacking, crunching or cutlery scraping across a plate.)

"[The misophonics] are going into overdrive when they hear these sounds, but the activity was specific to the trigger sounds,” Dr. Sukhbinder Kumar, of the Newcastle University, told BBC News. “The reaction is anger, mostly. It's not disgust, the dominating emotion is the anger—it looks like a normal response, but then it is going into overdrive."

The misophonics also showed increased activity in the anterior insular cortex area of the brain, which is responsible for memory and regulation of emotions, as well as higher connectivity to other brain regions. The misophonics’ brains also showed a higher level of myelination—the conductive sheaths surrounding nerve cells—on the ventromedial prefrontal cortex, the part of the brain responsible for decision-making and processing risk and fear. Scientists say it’s possible this increased myelination could explain the higher connectivity among regions.

Questions remain, however, as to how misophonia sufferers came to be that way: Were they simply born with increased connectivity in their brains, or did this adaptation happen over time in response to early or repetitive experiences? Misophonia was identified and named in 2000, but there have only been two case studies published since then; Kumar admits the origins remain a mystery. In either case, the recognition of misophonia as having a neurological basis bodes well for a potential future treatment.

"I hope this [study] will reassure sufferers,” says Tim Griffiths, a professor of cognitive neurology at Newcastle University and University College London. "I was part of the skeptical community myself until we saw patients in the clinic and understood how strikingly similar the features are. We now have evidence to establish the basis for the disorder through the differences in brain control mechanism in misophonia."