Alex Jones Has Spent Years Claiming Sandy Hook Was a Hoax, Now Parents of the Victims Are Fighting Back 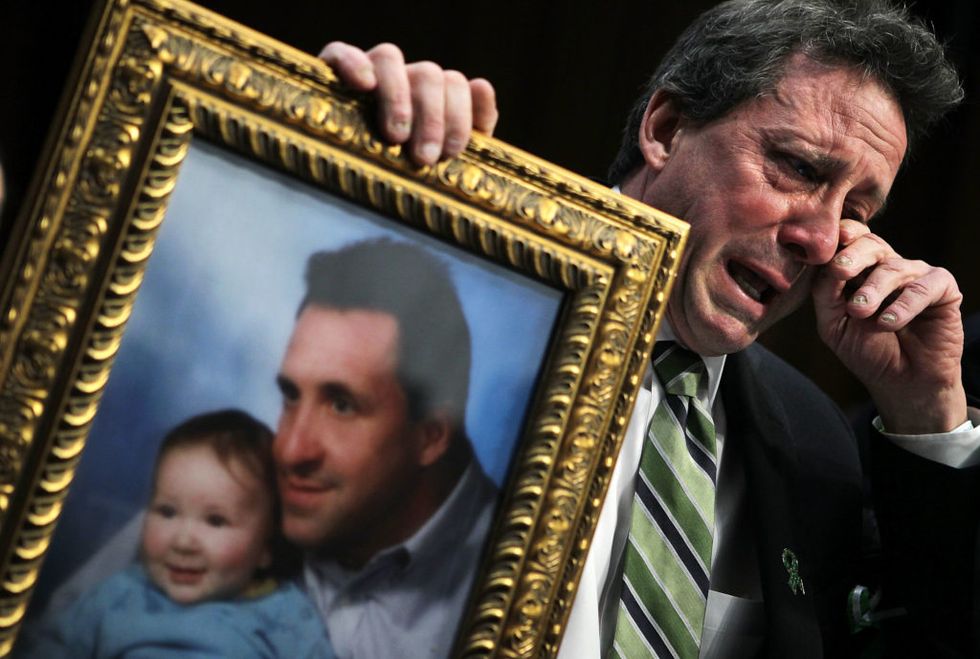 Parents of the victims of the shooting rampage at Sandy Hook Elementary School in Newtown, Connecticut are suing conspiracy theorist and Infowars personality Alex Jones for defamation over his assertions that the event was a hoax.

In December 2012, a gunman armed with an AR-15 murdered 20 children and six school faculty members before committing suicide. The perpetrator is also alleged to have shot and killed his mother shortly before the attack.

Neil Heslin, along with Leonard Pozner and his partner Veronique De La Rosa, lost their 6-year-old sons in the attack. In their lawsuits against Infowars, the parents claim that Jones' conspiracy theories surrounding the 2012 shooting have led to death threats and profound emotional distress.

The suits were filed in Infowars' home city of Austin, Texas and seek damages in excess of $1 million from Infowars, Jones, Infowars reporter Owen Shroyer, and Free Speech Systems LLC. Jones is notorious for his malicious conspiracies surrounding tragedy. He is a staunch 9-11 truther, and regurgitates the same tired falsehoods about mass shootings. Typically, he refers to them as either "false flag" government operations or just outright hoaxes to scare the public into supporting gun control.

“Even after these folks had to experience this trauma, for the next five years they were tormented by Alex Jones with vicious lies about them,” Mark Bankston, the claimants' attorney, told HuffPost. “And these lies were meant to convince his audience that the Sandy Hook parents are frauds and have perpetrated a sinister lie on the American people.”

I think as a father, it’s a very surreal experience ... Anyone ... who spends 15 minutes talking to one of these parents will understand immediately how vile this lie was.

Heslin states in his lawsuit that Shroyer made a "heartless and vile" claim that Heslin lied about holding his dead son's body during an interview with NBC's Megyn Kelly.

“I lost my son. I buried my son. I held my son with a bullet hole through his head,” Heslin told Kelly in 2017. Shroyer replied by saying Heslin couldn't have held his dead son's body because victims were identified through photographs. Authorities have vehemently negated Shroyer's account, as victims' bodies were turned over to their families for funeral services.

Pozner and De La Rosa's suit against Jones is similar to Heslin's. Their son was the youngest victim of the massacre, and Jones accused them of faking their death of their child after the couple appeared on CNN.

Jones has also repeated the lie that parents and witnesses were actors performing in front of a blue screen. This is a common ploy by Jones to mislead people about what really happened in incidents like the Sandy Hook shooting.

Folks, we’ve got video of Anderson Cooper with clear blue-screen out there. He’s not there in the town square. We got people clearly coming up and laughing and then doing the fake crying. We’ve clearly got people where it’s actors playing different parts for different people, the building bulldozed, covering up everything.

The lawsuit could have major implications for Jones and his conspiracy-based media company, largely due to the growing number of cases being filed against him. In 2016, after Jones promised to stop talking about the Sandy Hook shooting, he brought it up again in a broadcast called Alex Jones Final Statement on Sandy Hook.

If children were lost at Sandy Hook, my heart goes out to each and every one of those parents ... The only problem is, I’ve watched a lot of soap operas, and I’ve seen actors before. And I know when I’m watching a movie and when I’m watching something real.

In April of last year, Jones released yet another segment on the shooting called Sandy Hook Vampires Exposed.

Parents involved in the lawsuits say that more than anything, they just want the lies and conspiracy theories to stop. And stop they should.

Support for the parents flooded Twitter following the news about the lawsuits.

JUST IN: @RealAlexJones may soon learn that maligning the parents of dead children comes with some serious conseque… https://t.co/b2bRW8ruXB
— Sebastian Murdock (@Sebastian Murdock) 1523970430.0

These loser assholes like Jones are vile opportunists that thrive on misery Conspiracy theories and lies are the g… https://t.co/sW6jsOpjHE
— Micheal Tarny (@Micheal Tarny) 1523963244.0