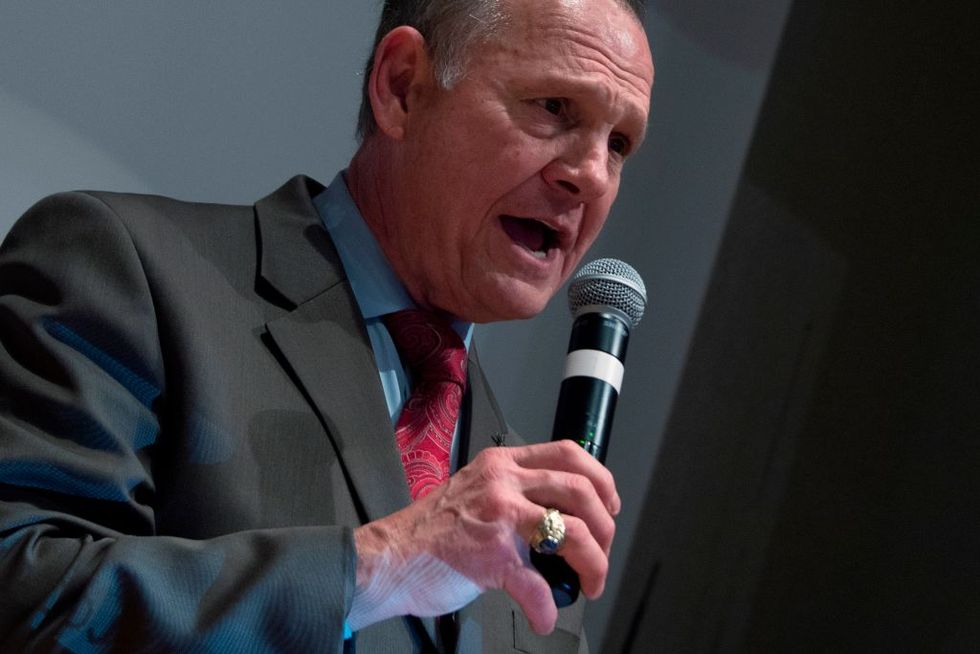 Moore refuses to concede the election, which many expected him to win until allegations of sexual misconduct with underage girls emerged. Moore denied all of the allegations of misconduct stating he never pursued a teenage girl without her mother's permission.

The Alabama State Canvassing Board meets Thursday afternoon to certify Jones' victory. But the Moore campaign filed a complaint late Wednesday night in state circuit court in Montgomery, the state capital, seeking a temporary restraining order to postpone the certification, alleging "potential election fraud that improperly altered the outcome of this election," Moore said in a statement released by his campaign.

This is not a Republican or Democrat issue as election integrity should matter to everyone."

Moore's statement gives few details of the purported irregularities, which it says were substantiated "with a reasonable degree of statistical and mathematical certainty" by three "election experts".

“We call on Secretary of State Merrill to delay certification until there is a thorough investigation of what 3 ind… https://t.co/k1S8GJM4nk
— Judge Roy Moore (@Judge Roy Moore) 1514474545.0

However Alabama officials said last week they found no evidence of voter fraud in the Senate race.

The statement identifies only one of their experts, Richard Charnin, whom it quotes saying the probability as "less than one in 15 billion" that the official election results were accurate.

Charnin, who claims he has three degrees in applied mathematics, is a prominent figure among conspiracy theorists.

Alabama Secretary of State John Merrill said Thursday that Democrat Doug Jones will be certified as the next senator from Alabama within hours despite Moore's last ditch efforts.

What you were asking me is will this affect anything. The short answer to that is no."

"Doug Jones will be certified at 2 p.m. Eastern Time, 1 p.m. Central Time. ... We will sign the documents certifying him as the senator for the state of Alabama. He will be sworn in by Vice President Pence on the 3rd of January when the Senate returns."

When asked about the potential for widespread voter fraud in the election, Merrill said his office investigated more than 60 complaints so far. As an example of the type of complaints they received, Merrill mentioned one complaint about a town named Borderlama that reportedly had 5,000 people voting despite a population of only 2,000.

But that complaint didn't pan out. There is no town in Alabama named "Borderlama."