Brett Kavanaugh's Roommate at Yale Just Slammed Republicans for How They Handled Kavanaugh's Confirmation, and People Are Cheering 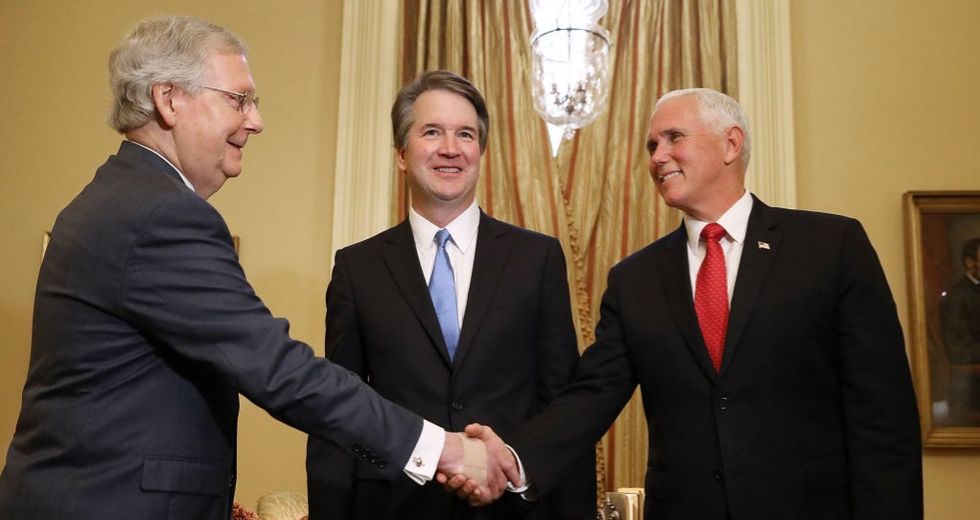 As the confirmation hearing process for President Donald Trump's Supreme Court nominee came toward its conclusion, one of Brett Kavanaugh's former Yale University roommates came forward. The roommate was Jamie Roche, CEO of a software company.

Roche stated Kavanaugh lied about his drinking habits in college. The Yale alumnus also said the FBI never contacted him for any of Kavanaugh's multiple background checks since they graduated.

Each of Kavanaugh's federal jobs required a background check when he began.

But a former federal employee familiar with the background check process clarified that the FBI does not investigate each person up for a federal position. The background check is done based on references and information provided by the candidate for employment.

After the Senate confirmed Kavanaugh and after his swearing in to a lifetime appointment to the SCOTUS, Roche took to Twitter. He posted:

"Brett Kavanaugh was credibly accused of attempted rape and sexual assault. The hyenas apologized to him, confirmed him and clapped for him. They worry for their sons. I worry for my country. We need to fix this I want my America back."

The Twittersphere reacted to Roche's message with both calls to do more and gratitude for what the CEO was already doing.

@jamie_roche @jeremy_oliphant I appreciate all you are doing and everything you are trying to do. As far as I'm con… https://t.co/MREvIXISe3
— lynn Caldwell (@lynn Caldwell) 1539180587.0

@jamie_roche Thank you for trying. The fix was in long before the hearings. BTW, hyenas is a perfect metaphor for… https://t.co/mDb6OCbhYq
— Kathy Peyser (@Kathy Peyser) 1539180730.0

Others shared Roche's astonishment over the Senate confirming Kavanaugh despite the outcry against him. Trump's prior SCOTUS pick, Neil Gorsuch, never faced such opposition from the legal community.

Others shared his despair over what they felt they had lost.

Roche had been rather quiet on Twitter before his former roommate's nomination. But that changed in October 2018.

His subsequent ones leading up to his latest Twitter post also focused on his fellow Yale alumnus or the changes in his life after deciding to come forward and get involved.

People were glad to see at least one man from Kavanaugh's Ivy League past decide to get involved. In the 1916 words of Reverend Charles F. Aked:

"It has been said that for evil men to accomplish their purpose it is only necessary that good men should do nothing."

To get involved, midterm elections are slated for Tuesday, November 6, 2018. You can also volunteer for the candidates you support.