Federal Prosecutors Are Watching The Hearings—What Are They Looking For?

Senate Republicans Just Blocked a Bill to Protect Robert Mueller From Trump, Because of Course They Did 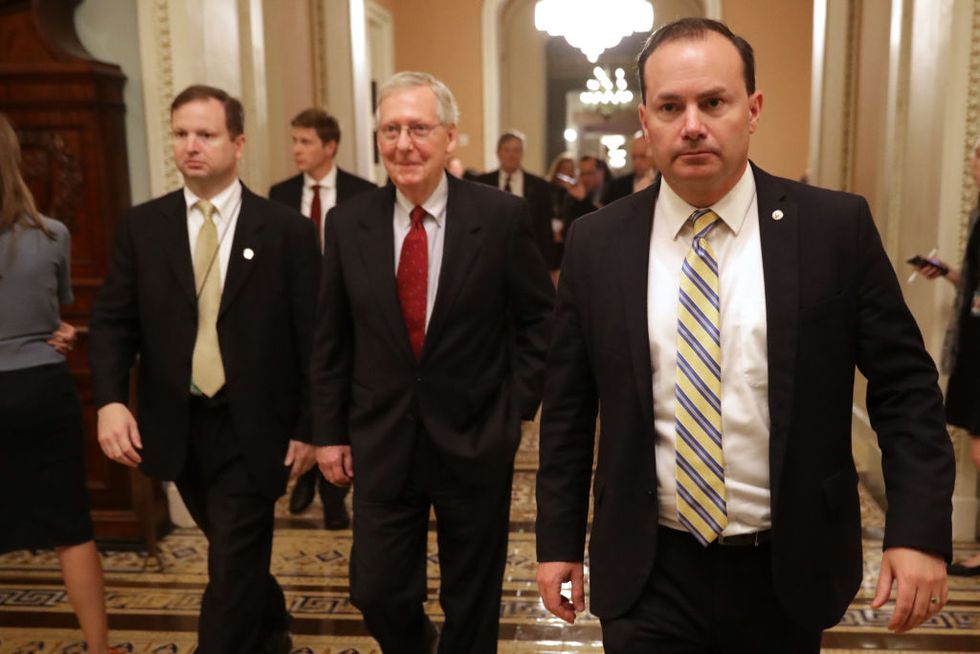 The latest bipartisan effort to protect Special Counsel Robert Mueller's Russia investigation from presidential manipulation was blocked from even getting a vote in the United States Senate on Wednesday.

Democratic Senators like Cory Booker (D-NJ) and Chris Coons (D-DE) led the effort alomg with Republican Senator Jeff Flake (AZ), who also vowed not to confirm any of Trump's judicial nominations until Mueller's investigation is protected.

Senator Mike Lee (R-UT) objected to the bill, which effectively killed it, with the full support of Majority Leader Mitch McConnell (R-KY) who assured the public that the bill was unnecessary, saying:

"This is a solution in search of a problem. The president is not going to fire Robert Mueller. ... We have a lot of things to do to try to finish up this year without taking votes on things that are completely irrelevant to outcomes."

The investigation into possible conspiracy between Donald Trump's presidential campaign and Russian officials has resulted in numerous indictments and plea deal.

The President, for his part, has sought to obstruct the investigation at every turn. Most recently, he appointed Matthew Whitaker as acting Attorney General after firing his predecessor Jeff Sessions, reportedly still holding a grudge that toward the former AG for recusing himself from overseeing the Russia investigation.

Acting AG Whitaker has previously echoed the President's sentiments that Mueller's investigation was overreaching, even a "witch hunt." Now, Whitaker will have the power to undermine the investigation through various means. The shakeup in the Attorney General's office prompted Senators to revive calls to protect the Special Counsel.

People were exasperated by the failure of Republicans to protect the investigation:

There is no downside to protecting the Mueller investigation from Trump if it ultimately proves unnecessary. But if… https://t.co/X82gwEQ5ex
— Joyce Alene (@Joyce Alene) 1543429249.0

@politico Of course they did, the Republican Party doesn't exist anymore, it has morphed into the Trump Party. The… https://t.co/KehDJddSib
— Kenn Mann (@Kenn Mann) 1543429407.0

While Senator McConnell may call a bill protecting a special investigation from White House influence unnecessary, the President's own actions continue to disprove him.

The Russia investigation has plagued Trump's perception and presidency. While Mueller and his staff have widely kept mum about the investigation and wouldn't dare speculate on the President's innocence or guilt, Trump has railed against the entire effort.

He has routinely insisted that it's a witch hunt that should be shut down. Multiple times, The president referred to the lives ruined by the investigation when discussing criminals brought to justice by its findings.

But Americans seem assured that Mueller is prepared for every possible outcome.

@robreiner I can’t wait for Trump’s day of Justice. Mueller is always at least one step ahead of his pathetic actions.
— Amy Forrer (@Amy Forrer) 1543442169.0

While Republicans may be comfortable remaining complicit in impeding a still-developing an investigation, it's clear Americans are having none of it.