The Outlook for Breitbart Just Got Dimmer 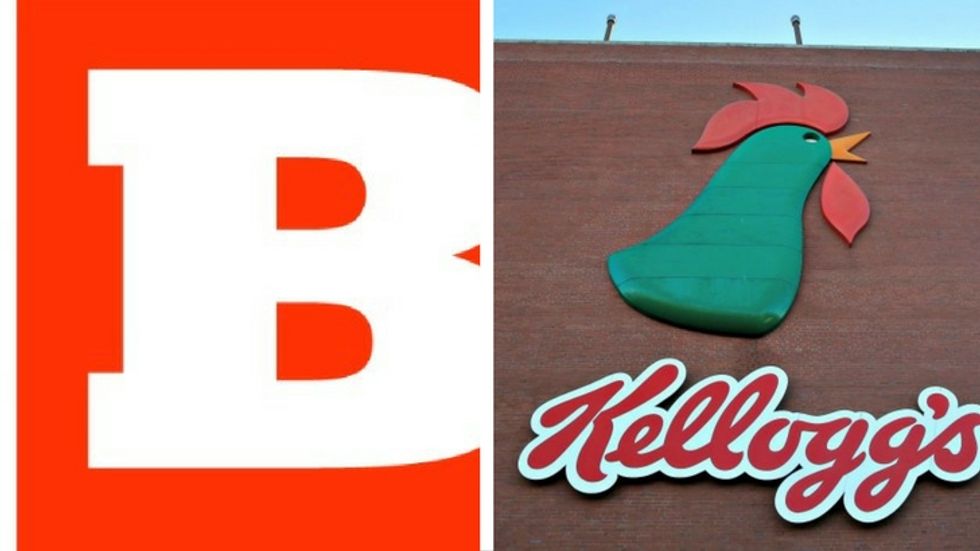 Food manufacturer Kellogg announced it would pull all advertising from Breitbart after consumers alerted the company of its ads on the website. “We regularly work with our media buying partners to ensure our ads do not appear on sites that aren’t aligned with our values as a company,” said Kris Charles, a Kellogg spokeswoman. “This involves reviewing websites where ads could potentially be placed using filtering technology to assess site content. As you can imagine, there is a very large volume of websites, so occasionally something is inadvertently missed. We recently reviewed the list of sites where our ads can be placed and decided to discontinue advertising on Breitbart.com. We are working to remove our ads from that site.”

Kellogg reportedly decided to "blacklist" Breitbart from the websites where its products are advertised after consumers contacted the company to express concern about ads for Frosted Flakes and Frosted Mini-Wheats on the website. Many marketers buy online advertising through third-party tech companies that distribute them across the internet, so marketers may not be aware of every site where their ads might appear. Breitbart is the focus of Sleeping Giants, a Twitter campaign that has used screenshots of ads appearing on Breitbart to pressure brands to terminate their relationship with the company.

We are trying to stop racist websites by stopping their ad dollars. Many companies don't even know it's happening. It's time to tell them.
— Sleeping Giants (@Sleeping Giants) 1479707990.0

In a statement, Breitbart said Kellogg was denigrating "to its own detriment" a thriving community of 45 million unique monthly visitors that helped elect Donald Trump to the presidency. "Kellogg's decision to blacklist one of the largest conservative media outlets in America is economic censorship of mainstream conservative political discourse," it said. "That is as un-American as it gets." (According to Comscore Inc., the site had 19.2 million unique monthly U.S. visitors in October, up from 12.9 million a year ago.)

Breitbart has been heavily criticized for its incendiary content and for its relationship with the president-elect. Here is a sampling of some of the site's content:

The website has often spread conspiracy theories about Planned Parenthood, the nonprofit reproductive health provider, as evidenced by the following article:

Critics have called out the website for blatant misogyny.

Kellogg's announcement follows the decision of digital advertising services company AppNexus to blacklist Breitbart, saying the publisher violated its rules on hate speech. Joshua Zeitz, an AppNexus spokesman, said the company believes Breitbart's content has the potential to incite violence. “We did a human audit of Breitbart and determined there were enough articles and headlines that cross that line,

using either coded or overt language,” he said.

Other companies that have decided to pull advertising from Breitbartinclude Allstate, Nest, EarthLink, Warby Parker and SoFi. Allstate responded to one Twitter complaint.

A Warby Parker spokeswoman said it was alerted to its presence on Breitbart after a Twitter user reached out to its marketing team. “Warby Parker does not buy advertising from Breitbart News Network directly. If one of our ads appears on a Breitbart site, it’s due to a sale through third-party ad networks or ad exchanges. We are looking into actively blocking our ads from appearing on Breitbart News Network,” the spokeswoman said. As a company, we are committed to building a diverse and inclusive community that treats everyone with respect and dignity, and it’s important to us that our advertisements appear on sites that believe in those same values.”

Not all brands are ending their relationship with the website, however. After a screenshot showed a Nissan ad on Breitbart, the company released a statement saying it “places ads in a variety of sites in order to reach as many consumers as possible.” Nissan said that the "placement of Nissan advertising is not intended to be a political commentary and there are no plans to change the advertising mix at this time."