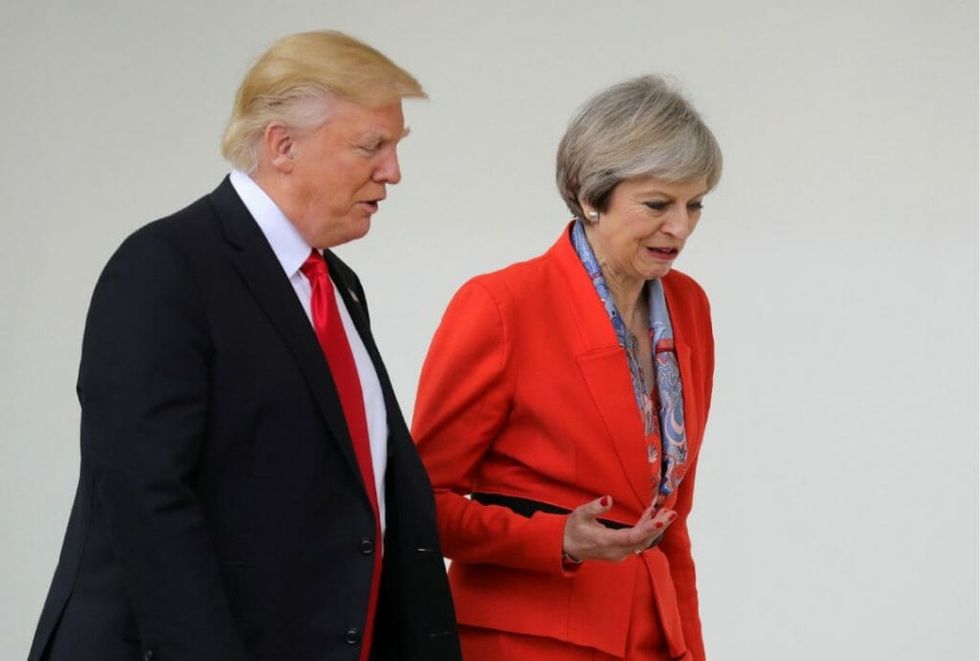 President Donald Trump has postponed his state visit to Britain. He told Prime Minister Theresa May in a phone call that he would not come if there were large scale protests, according to a Downing Street adviser who was in the room at the time. The president's decision reportedly surprised May, but their conversation, in part, explains why there has been little public discussion about a state visit.

May had invited Trump to Britain the week following his inauguration, telling a joint press conference that she had extended an invitation and was “delighted" when the president accepted it. The backlash from comments Trump made following the recent London terror attacks, however, brought those plans to a halt for the foreseeable future.

Trump had harsh words for Mayor Sadiq Khan’s response to the London Bridge and market attacks, which killed eight people and injured more than 40 more.

While Khan did use those words during a news conference the morning after the attacks, he did not use them to refer to the tragedy, as Trump accused him of doing. Rather, Khan referred to the increased police presence around the city that residents and tourists would notice.

Khan talked about increased police presence around London three different times during the conference, including one instance when he recommended that the upcoming general election not be postponed as a result of the attacks and that the terror threat level remained “severe.”

Here is one of his comments, in context:

Londoners will see an increased police presence today and over the course of the next few days.

No reason to be alarmed. One of the things the police and all of us need to do is make sure we’re as safe as we possibly can be.

At another point, Khan, while urging Londoners and visitors to remain calm and vigilant, said, “You will see an increased police presence today, including armed officers, uniformed officers. There’s no reason to be alarmed by this. We are the safest global city in the world.”

While Khan did not address Trump’s criticisms directly, a spokesperson for Khan responded soon after, and Khan called on the UK government to cancel Trump's state visit. The decision to postpone prompted a response from Jeremy Corbyn, the Labour Party leader.

A Downing Street spokeswoman refused to elaborate on the situation. “We aren’t going to comment on speculation about the contents of private phone conversations. The Queen extended an invitation to President Trump to visit the UK and there is no change to those plans," she said.

The White House denied the subject ever came up in the call.

Trump's arrival in Britain is unlikely to be welcomed by May, who faced a stunning defeat after the Conservatives failed to secure a parliamentary majority in last week's snap general election. While May has the right to remain in office, she has already begun to bat away calls to step down, which would cost President Trump his most significant ally.