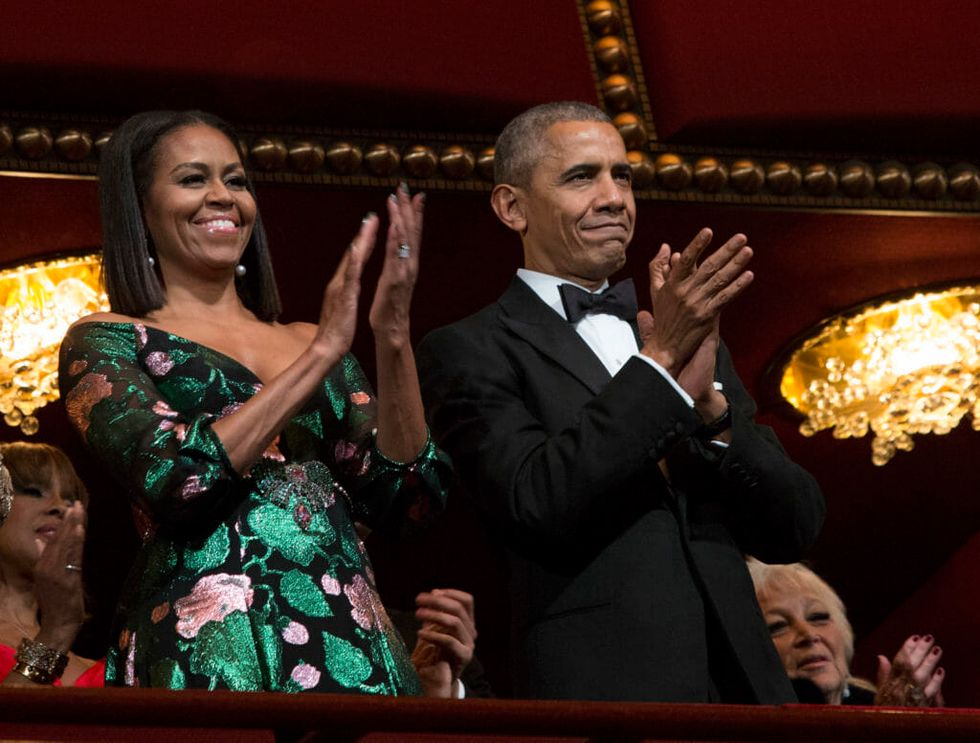 Earlier this month, Former President Barack Obama and First Lady Michelle hand-wrote an emotional letter to the survivors of last month's Valentine's Day Massacre at Marjory Stoneman Douglas High School in Parkland, Florida. Thanks to Mic, we now have the transcript.

In their letter, the Obamas told the students that they have "inspired" their family, and thanked them for "awakening the conscience of our nation."

We wanted to let you know how inspired we have been by the resilience, resolve and solidarity that you have all shown in the wake of unspeakable tragedy.

The former First Family also told the students that their actions have helped "challenge decision-makers" who up until now have failed to keep students safe in schools.

Not only have you supported and comforted each other, but you’ve helped awaken the conscience of the nation, and challenged decision-makers to make the safety of our children the country’s top priority.

The letter concludes with blessings of optimism and encouragement for the young activists who may finally help bring to end the senseless plague of gun violence that so mercilessly ravages our society.

Throughout our history, young people like you have led the way in making America better. There may be setbacks; you may sometimes feel like progress is too slow in coming. But we have no doubt you are going to make an enormous difference in the days and years to come, and we will be there for you.

As news of the letter broke, a wave of support for the former president and his family began flooding Twitter. Overall, there was a sense of longing for when grace, dignity, and compassion defined the office of the presidency.

"This is what real leadership looks like. Do you see the difference?"

"Presidential as usual! The entire world misses you both!"

"What. Greatness. Sounds. Like" is a direct jab at the current occupant of the Oval Office.

"@BarackObama and @MichelleObama are the epitome of class, grace and decency."

Seventeen students and teachers were murdered when a 19-year-old gunman entered the school with an AR-15 and began opening fire. Nineteen more were injured. The survivors of the Parkland shooting have sparked renewed debate on the issues of gun control and school safety, and are inspiring both older and new generations of energized voters, ready to tackle the defining public health cause of their time.