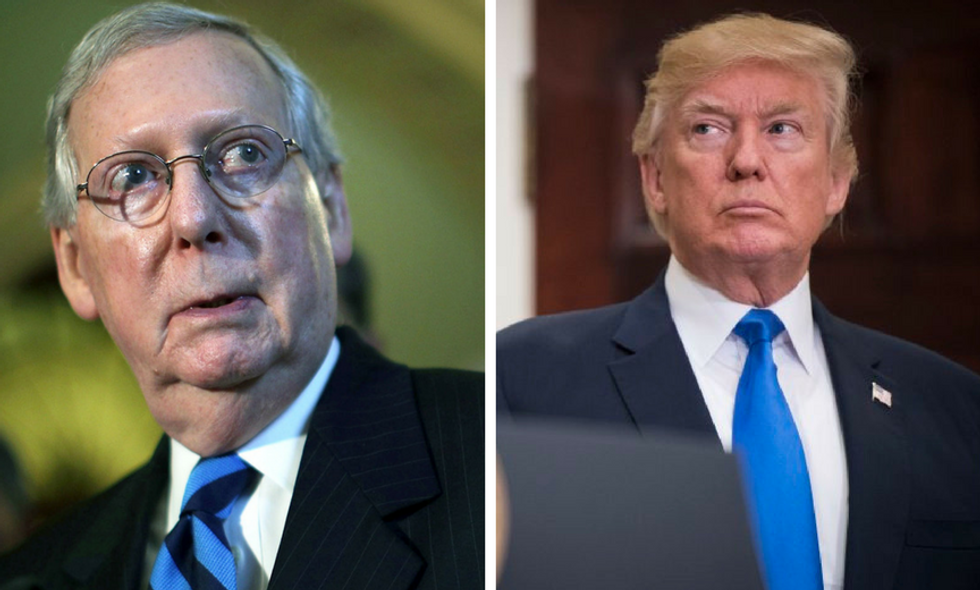 According to the report, which is based on off the record leaks by Republicans, the two haven't spoken in two weeks, ever since an August 9th phone call devolved into a profanity laden shouting match.

During that conversation, not only did Trump rip into McConnell over the failure to repeal Obamacare, but he also accused McConnell of refusing to "protect him from investigations of Russian interference in the 2016 election."

According to The Times:

Mr. McConnell has fumed over Mr. Trump’s regular threats against fellow Republicans and criticism of Senate rules, and questioned Mr. Trump’s understanding of the presidency in a public speech. Mr. McConnell has made sharper comments in private, describing Mr. Trump as entirely unwilling to learn the basics of governing.

Trump's rift with McConnell has been exacerbated by his regular criticism of sitting Republican Senator Jeff Flake, whom he alluded to at a rally in Phoenix Tuesday night, calling him "weak on borders" and "weak on crime." Trump slammed him on Twitter the next day:

McConnell on the other hand, is doing all he can to support Flake, releasing a web ad on Tuesday through an affiliated Super-PAC "assailing Ms. Ward as a fringe-dwelling conspiracy theorist."