Republican Congressman Who Represents Dayton, Ohio Just Called for a Ban on the Sale of 'Military Style' Weapons to the Public 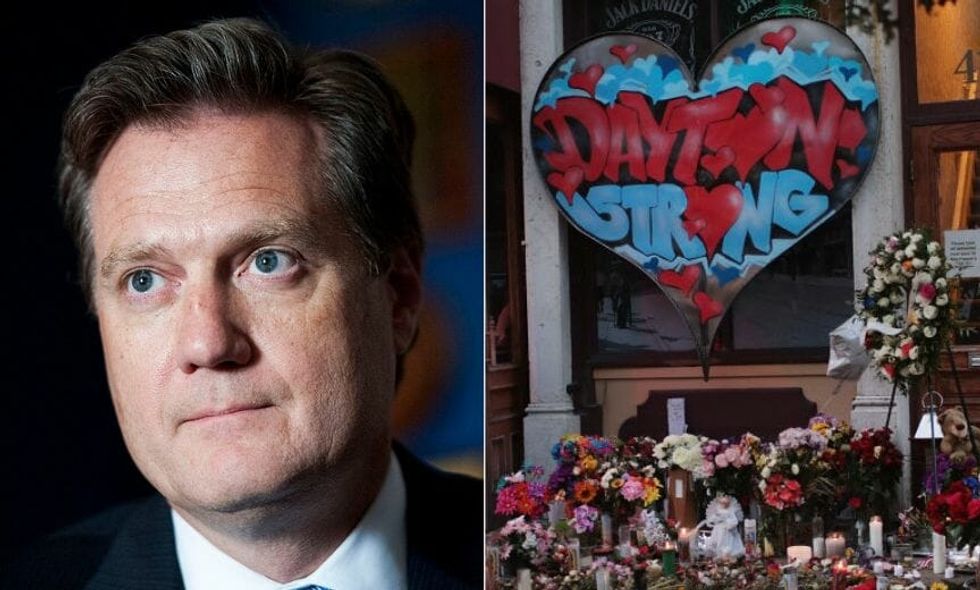 After a shooting at a bar in Dayton, Ohio left nine people dead in the early hours of Sunday morning, Republican Ohio Congressman Mike Turner announced his support for common sense gun laws including a ban on "military style" weapons in order to stem the American epidemic of mass shootings.

The congressman, who has an A rating from the National Rifle Association, announced his position on Twitter. His daughter was across the street from the bar at the time of the shooting.

“I strongly support the Second Amendment," Turner assured in a statement, "But we must prevent mentally unstable people from terrorizing our communities with military style weapons."

"I believe these are necessary steps forward in protecting our country and a testament to American values, which include protecting human life."

Turner also endorsed magazine limits after pointing out that the shooter had modified his weapon to hold more than 100 rounds of ammunition.

People commended Turner for breaking with the mainstream Republican party on such an urgent issue.

@RepMikeTurner Yanno, a populace should become VERY concerned when the government responds to a tragedy by trying… https://t.co/V5RqhPXkYN
— awesauce (@awesauce) 1565117777.0

Another Ohio Republican, Senator Rob Portman, threw his support behind common sense gun reform as well, primarily for red flag laws, or court orders allowing police to confiscate weapons of those deemed by a judge to be a danger to themselves or others.

Much like some red flag laws, a new Mental Health Protection Order could be a positive step forward, protecting due… https://t.co/saiytDOWZv
— Rob Portman (@Rob Portman) 1565112312.0

The House of Representatives passed a gun reform package this past February. Senate Majority Leader Mitch McConnell (R-KY) refuses to bring it to the Senate floor for a vote.