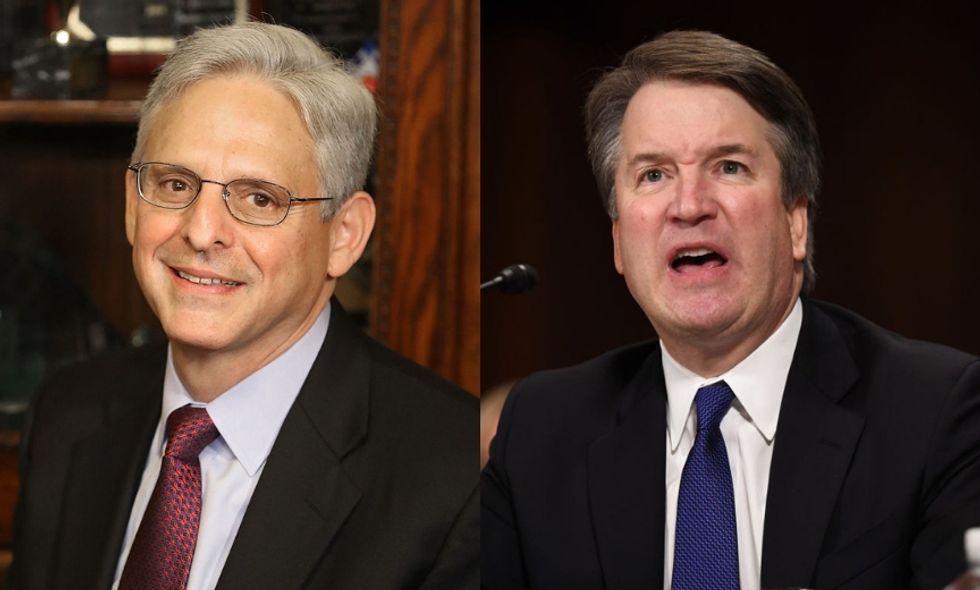 Supreme Court nominee Brett Kavanaugh's high school yearbook has been a major source of concern since multiple allegations of sexual assault have been lodged against the judge. Kavanaugh's yearbook entry lists achievements like "Devil's triangle," "Renate Alumnius," "boofing," "100 keg club," and others.

Enter Judge Merrick Garland, former President Barack Obama's Supreme Court nominee whom Republicans refused to meet with and who, unlike Kavanaugh, never got a hearing in front of the Senate Judiciary Committee. Senate Republicans instead held a seat open on the nation's highest court for over a year. Many Americans haven't forgotten the seat stolen from Garland (a seat that ultimately was filled by Justice Neil Gorsuch last year.)

As a result, they're now sharing Garland's recently-resurfaced yearbook entry lists achievements like:

...and more. It's a stark reminder of what could've been.

In fact, compared to the other students attending Garland's school, it appears he was a legend at extracurricular activities in addition to being a fine actor.

Kavanaugh's yearbook entry, however, could not be more different.

How does the Brett Kavanaugh conversation make you reflect upon on your yearbook? Tweet us photos of your yearbook… https://t.co/AZ7WCSQMdN
— WNYC 🎙 (@WNYC 🎙) 1538512207.0

And people are starting to notice.

While Garland's yearbook entry is a source of pride, Kavanaugh's was not as well-received.Senate Judiciary Democrats and others opposed to his nomination grilled Kavanaugh on the yearbook during the second hearing brought about by the sexual assault allegations from Dr. Christine Blasey Ford.

To many, the yearbook corroborated an alleged pattern of drinking to excess and disrespecting women. Watching Kavanaugh attempt to explain the entry during the hearing was...awkward.

When asked about the definition of "boofing," Kavanaugh said:

That refers to flatulence. We were sixteen.

When asked about the phrase "Devil's triangle," widely known as a sex act between two men and one woman, Kavanaugh answered:

Kavanaugh elaborated to say the drinking game was played "like Quarters."

As senators continued to question him about the yearbook, Kavanaugh grew increasingly combative. Not only that, but many watching at home believed his explanations for the entry were lies.

Based on extensive interviews by me and @katekelly with Kavanaugh's former Georgetown Prep classmates, what he just… https://t.co/w91Hs79f1y
— David Enrich (@David Enrich) 1538081799.0

Brett Kavanaugh lied repeatedly during the senate hearings, but one that sticks out to me is his insistence that “R… https://t.co/iBLrPVxxpa
— Natalie Shure (@Natalie Shure) 1538361895.0

As the FBI enters the final days of its investigation into the allegations against Kavanaugh, it's possible some senators are longing for a nominee with a yearbook entry as straightforward as would-be Justice Garland.