Merriam-Webster Revealed the Word That Was Trending After Donald Trump Agreed to Re-Open the Government, and Yep, They're Trolling Trump Again 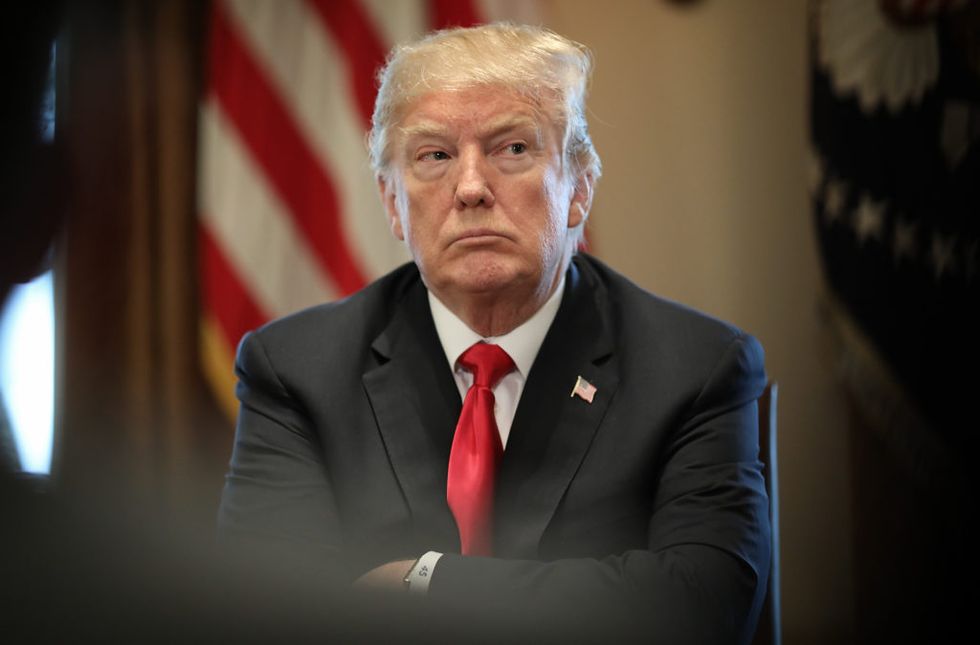 President Donald Trump agreed to end the longest shutdown in American history with a continuing resolution to reopen the government for three weeks.

The resolution doesn't include the money for a southern border wall, which Trump had previously said was the only condition on which he'd agree to reopen the government.

Trump announced that the three weeks of open government would have to see negotiations between Republican and Democratic lawmakers that allocates money for border security, which he's previously said would not work without a wall.

After the announcement, many reported that Trump had "caved" to House Speaker Nancy Pelosi (D-CA), and dictionary Merriam-Webster saw an interesting result.

Trump blinked in the first standoff he's had with the newly-Democratic House of Representatives, indicating his inexperience with navigating a government that isn't controlled by the Republican party.

But Democrats weren't the only one accusing the President of caving.

Republicans chastised his concession as well. Among them, notable far-right commentator Ann Coulter.

Good news for George Herbert Walker Bush: As of today, he is no longer the biggest wimp ever to serve as President of the United States.
— Ann Coulter (@Ann Coulter) 1548446111.0

Instigating the longest shutdown in American history had an extremely damaging effect on Trump's approval rating, but the fear of his base turning on him for not delivering on the border wall—a pillar of his 2016 campaign—is said to have fueled his insistence on it.

Now that his insistence has collapsed, it seems those fears may not have been too far-fetched.

Supporters are leaving him.

@realDonaldTrump The Caver in Chief. You already lost. This is your read my lips moment. Stop listening to all thos… https://t.co/ZmpbIEbTRP
— DeucesJack (@DeucesJack) 1548522356.0

Trump insists that, though the government will be opening, the wall will get built. If it doesn't, it appears his supporters could cave as well.