Right, Senator, you got it. 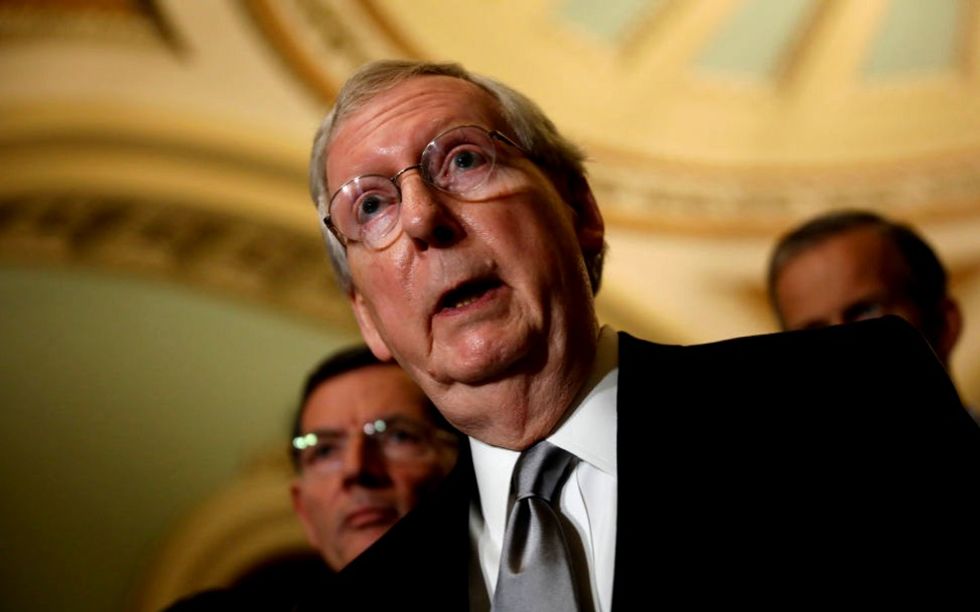 Justice Anthony Kennedy, appointed to the Supreme Court of the United States by President Ronald Reagan, the longest current serving justice at over 30 years, announced his retirement on Wednesday through a letter delivered to the White House.

Almost immediately after, Senate Majority Leader Mitch McConnell made clear in remarks on the Senate floor that he expects to begin considering a replacement as soon as possible.

The Senate stands ready to fulfill its constitutional role by offering advice and consent on President Trump’s nominee to fill this vacancy."

"We will vote to confirm Justice Kennedy’s successor this fall," McConnell said.

President Donald Trump issued a statement on Twitter about the retirement, saying he intended to quickly choose a nominee from a list of 25 potential candidates published by the White House in November 2017.

McConnell called on senators to make sure the president’s nominee will be “considered fairly.”

This statement came just days after the Kentucky Republican, up for reelection in November, gloated on Twitter about obstructing President Barack Obama's SCOTUS nominee for over 9 months. The last vacancy on the Supreme Court occurred in February 2016 when Antonin Scalia died.

Obama nominated Merrick Garland, a moderate judge, as an olive branch to appease the GOP. But Republican Senate Leader McConnell blocked any hearings or consideration of the nomination.

The hypocrisy of McConnell now asking for fairness was not lost on anyone.

The Twittersphere responded to McConnell, quickly reminding him of his treatment of Obama's nominee.

@AP An administration under investigation by a Special Prosecutor should not be nominating anybody for SC. Dems nee… https://t.co/O0AUtkpoCl
— Frank Bryan (@Frank Bryan) 1530124829.0

@AP @SenateMajLdr A potus under @fbi investigation should not get to pick a supreme court judge! @SenateDems @HouseDemocrats
— mbberryfarm (@mbberryfarm) 1530124876.0

@NatashaBertrand Yes, treated fairly, when he is nominated by whoever wins the next presidential election (as per 2… https://t.co/70jPUwtwyc
— Solid Science (@Solid Science) 1530125461.0