Republican Congressman Opened the Michael Cohen Hearing With a Total Meltdown, and Democrats Shut Him Down Quick 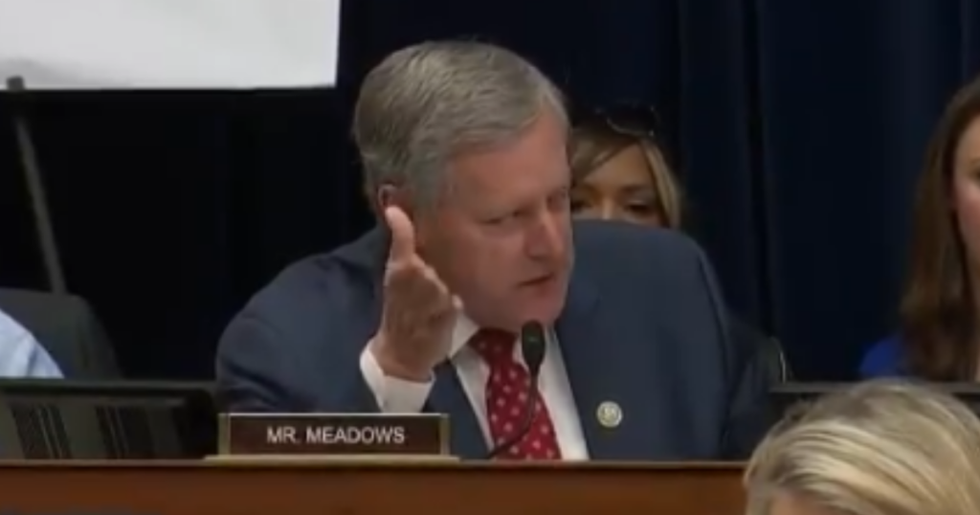 Moments before Michael Cohen began sharing his account of his involvement with lies and crimes he claims were perpetrated by President Donald Trump, Congressman Mark Meadows (R-NC) tried to put the kibosh on the entire hearing.

It did not go well.

Meadows tried to invoke House rules, which he claims state "witness testimony must be heard 24 hours in advance," in an effort to postpone the hearing.

A visibly flustered Meadows said that the release of Cohen's testimony Tuesday night was "an intentional effort by this witness and his advisors to once again show his disdain for this body."

Meadows asked for a roll call vote to postpone Cohen's testimony which he lost 24-17.

“The first announced witness for the 116th Congress is a guy who is going to prison in two months for lying to Congress,” Jordan seethed, criticizing Committee Chair Elijah Cummings (D-MD) for allowing “a convicted felon a forum to tell stories and lie about the president of the United States so they can all start their impeachment process.”

It is abundantly clear that Meadows, along with other members of the Republican caucus, will do whatever they can to block the truth about Trump from coming out.

Cummings warned Cohen that if he lies, there will be serious consequences.

“I have made it abundantly clear to Mr. Cohen that if he comes here today and he does not tell us the truth, I will be the first one to refer those untruthful statements to DOJ (the Department of Justice),” Cummings said, adding that “the days of this committee protecting the president at all costs are over."

@ABC I am so tired of Republicans being obstructionists to try to benefit Trump. The American people have the right… https://t.co/qJmJOf30UY
— Trish (@Trish) 1551280700.0

This is not a good look for the GOP.

Cohen, already sentenced to three years in prison for his role in financial and campaign finance crimes in which he has implicated Trump, has no incentive to lie.

"I have lied," Cohen said in his opening statement. "But I am not a liar."