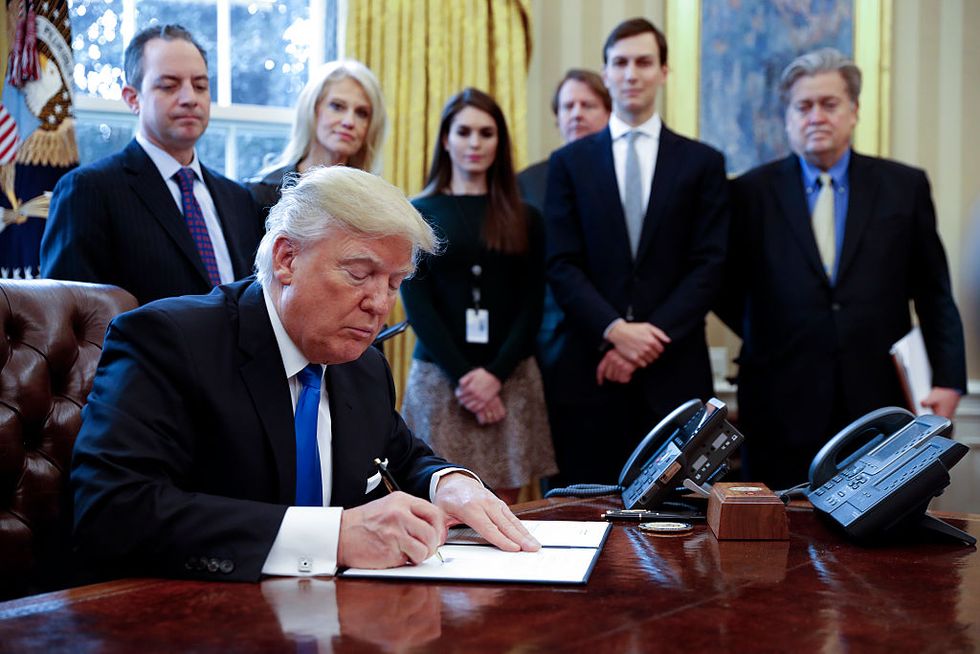 Mark Corallo plans to speak to Robert Mueller's team investigating possible Russian interference in the 2016 presidential election and collusion by President Donald Trump and members of his family and staff. Corallo resigned as spokesman for Trump’s legal team in July 2017 after only 2 months in the position.

At the time, people cited infighting on the Trump legal team for his abrupt departure. However Michael Wolff’s book, Fire and Fury, suggested the resignation related to concerns of potential obstruction of justice by Trump and other members of his staff.

Everything centers around the answer to a 2017 request for information from the New York Times to the Trump administration regarding a meeting between Donald Trump Jr. and Russian officials at Trump Tower during the 2016 presidential campaign.

The response, crafted in June 2017 by President Trump aboard Air Force One via conference call with his son and other key advisers, contained false information. Russian e-mails exchanged with Trump Jr. prior to that Trump Tower meeting exposed the truth.

According to the New York Times, Corallo will tell Mueller he believed statements made by White House communications director Hope Hicks on a previously undisclosed conference call that included President Trump outlined a plan to obstruct justice. Hicks stated during the call that the so-called Russian e-mails, written by Trump Jr. before the Trump Tower meeting, "would never get out."

Mark Corallo received a request from the Russia investigation last week and agreed to appear for an interview. When asked for corroboration on their story, Corallo "did not dispute" the Times account of his upcoming testimony.