Democrats Are Planning to Strike 'God' From a Congressional Committee Oath, and Liz Cheney's Response Was So Predictable It Hurts 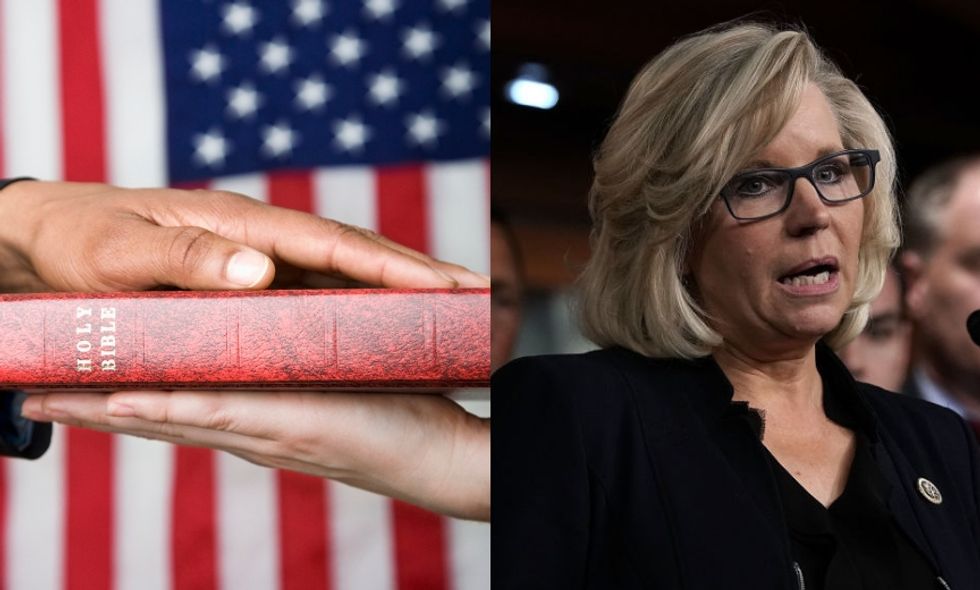 In a draft of a new rules proposal, the House of Representatives wants to cut "So help you God" from witness oaths, and Republicans are, predictably, losing their minds.

The new oath would say "Do you solemnly swear or affirm, under penalty of law, that the testimony that you are about to give is the truth, the whole truth, and nothing but the truth?"

"It is incredible, but not surprising, that the Democrats would try to remove God from committee proceedings in one of their first acts in the majority," said Cheney.

What Cheney doesn't seem to realize is that many federal oaths - including the swearing-in of the president - do not include the words "So help you God."

@SpeakerPelosi Your party is disgusting, even if you don't believe in God, our country was founded on that premise,… https://t.co/xbhbTUCQcN
— Cicily (@Cicily) 1548786489.0

Truly proving just how far left the Democrats in our country have gone doing every thing they can to Christianity… https://t.co/yNVTecGwkd
— Robert Elliott (@Robert Elliott) 1548780713.0

Fox News broke the story after they obtained an exclusive draft of the new rules proposal.

Conservatives on Twitter are blaming Speaker Nancy Pelosi for the perceived threat to the religious right.

As many pointed out, the change doesn't represent a rebuke of God, but an inclusion of all theological perspectives that is long overdue.

The new rules are expected to be approved this week, with changes going into effect immediately.