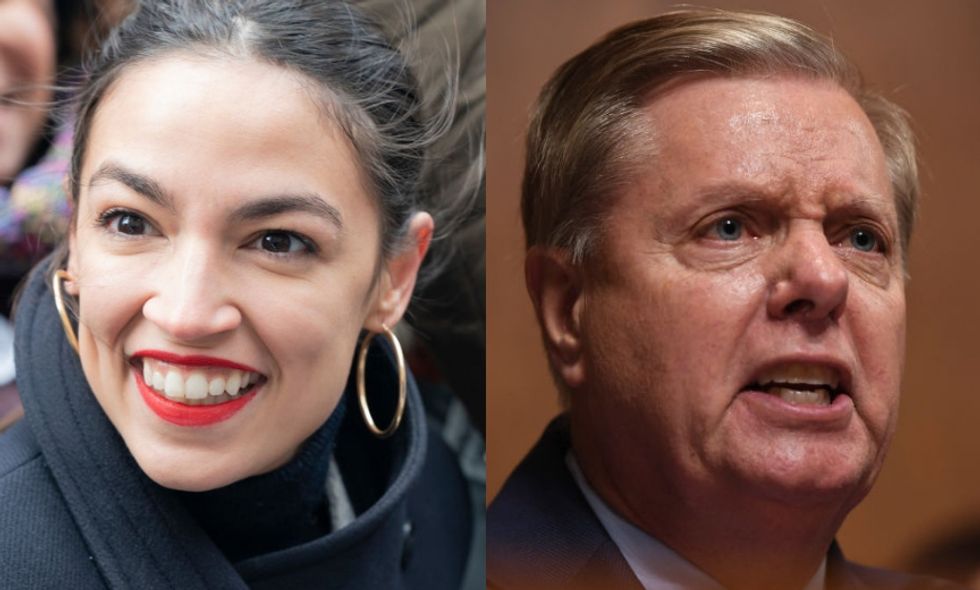 Senator Lindsey Graham (R-SC) attempted to shame Speaker of the House Nancy Pelosi for postponing President Donald Trump's State of the Union Address until after the shutdown.

He went after the Speaker in a series of tweets, most notably, claiming that:

Speaker Pelosi's decision not to invite President @realDonaldTrump to deliver the State of the Union address sets a new low for American politics.

Speaker Pelosi's decision not to invite President @realDonaldTrump to deliver the State of the Union address sets a… https://t.co/zZzz2WpaLO
— Lindsey Graham (@Lindsey Graham) 1548279754.0

@realDonaldTrump The President – regardless of party – should have the opportunity to address the American people i… https://t.co/uaCUQe0dUo
— Lindsey Graham (@Lindsey Graham) 1548279818.0

@realDonaldTrump The State of the Union is a tradition which has been carried out during times of war and peace, tu… https://t.co/YZJE5DSR9d
— Lindsey Graham (@Lindsey Graham) 1548279860.0

The devout Trump ally didn't mention, of course, that States of the Union were primarily given in writing for much of our history, nor that Pelosi has invited Trump to make the address after the longest government shutdown in American history is finally over.

But Senator Graham referring to Pelosi rescinding Trump's invite as the "a new low for American politics" is patently absurd, and freshman Congresswoman Alexandria Ocasio-Cortez (D-NY) soon called Graham out.

There have been numerous new lows in American politics from missteps to outright atrocities since 2017, as Ocasio-Cortez pointed out. Graham implies that they're dwarfed by the "new low" of postponing the State of the Union.

Many took Ocasio-Cortez's side.

@AOC @LindseyGrahamSC No. The ‘new political low’ was denying Merrick Garland a hearing for the Supreme Court, and… https://t.co/kentlP02eg
— Donna Prosser (@Donna Prosser) 1548312461.0

@AOC @LindseyGrahamSC I imagine whatever Russia has on Lindsay is the new low
— andrea Kline (@andrea Kline) 1548330305.0

That was just the beginning of the ire toward Graham.

The Trump ally was once one of his harshest Republican critics, before becoming one of his most steadfast defenders.

Many Americans were calling out Graham's contorted loyalty.

@LindseyGrahamSC @realDonaldTrump For someone who vehemently despised Trump and everything he stood for on a moral… https://t.co/9tnw3qK1cs
— Mrs. Brice (@Mrs. Brice) 1548280153.0

@LindseyGrahamSC @realDonaldTrump Remember the part where you loudly and angrily demanded that an alleged attempted… https://t.co/hq98XyEVbA
— Elie Mystal (@Elie Mystal) 1548293452.0

Hopefully the longest shutdown in government history doesn't bring us into an even newer and more insidious low.