Leslie Stahl Just Revealed Why Trump Said He Attacks the Media So Much, and Well, At Least He's Being Honest 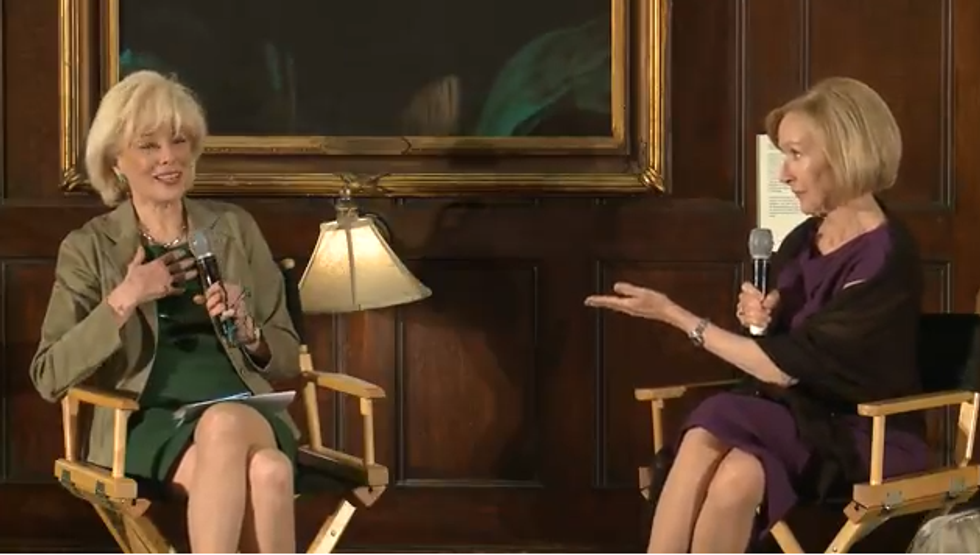 Veteran 60 Minutes correspondent Leslie Stahl is claiming that President Donald Trump admitted to her that he trashes the press in an effort to generate public doubt about unfavorable stories.

Speaking at the Deadline Club awards dinner on Tuesday evening, Stahl recalled a conversation she had with then President-Elect Trump at Trump Tower after the election, in which Trump began attacking the media even though there were no cameras or formal press activities happening.

“And at one point he started to attack the press, and it’s just me and my boss and him … he’s attacking the press and there were no cameras, there was nothing going on," she said. Confused by what was going on, Stahl pressed Trump on why he was lamenting over the media when no one else was there to hear it.

And I said, 'You know that is getting tired, why are you doing this? You are doing it over and over, it’s boring, it’s time to end that. You won the nomination, why do you keep hammering at this?'

According to Stahl, the president-elect replied that his tirades against the media are designed to discredit negatives stories that are published about him, regardless of whether or not the stories are true.

And he said, ‘You know why I do it? I do it to demean you all and discredit you all, so that when you write negative stories about me no one will believe you.'

It's no secret that Trump has had a tumultuous relationship with news outlets and journalists since he launched his campaign in 2015. He has habitually slammed news he doesn't like as "fake," and often refers to institutional publications such as the New York Times and the Washington Post as "fake news" or "failing."

"Somebody ring a bell," Stahl told guests at the dinner. "The First Amendment means everything."

Kudos to Leslie Stahl for getting Trump to admit what we all knew anyway: His attacks on the press are designed to… https://t.co/M4OCNStaQs
— Hesiod Theogeny (@Hesiod Theogeny) 1527021291.0

Trump's latest attack on the free press came on Sunday when he referred to Special Counsel Robert Mueller's investigation into his presidential campaign as "the World's most expensive Witch Hunt."

Things are really getting ridiculous. The Failing and Crooked (but not as Crooked as Hillary Clinton) @nytimes has… https://t.co/cxZh2Q5pYF
— Donald J. Trump (@Donald J. Trump) 1526821461.0

The tweet came after the Times broke the news of a second Trump Tower meeting in 2016 between Donald Trump Jr., campaign associates, and a Gulf Emissary. Neither the Times story nor the Mueller probe have anything to with Hillary Clinton, however, as Trump claimed in his tweet.

Three months before the 2016 election, a small group gathered at Trump Tower to meet with Donald Trump Jr., the president’s eldest son. One was an Israeli specialist in social media manipulation. Another was an emissary for two wealthy Arab princes. The third was a Republican donor with a controversial past in the Middle East as a private security contractor.

In an unsurprising twist of irony, fans of Trump on the right-wing social media site Twitchy are already referring to Stahl's comments as fake news.

Well, Trump's strategy to discredit negative stories about him is obviously working on the folks over at Twitchy, w… https://t.co/sIEVRtkplR
— Caroline Orr (@Caroline Orr) 1527020578.0

Other users on Twitter expressed their lack of surprise at Stahl's confession, noting that attacking the press is a signature characteristic of gaslighting.

Kudos to Leslie Stahl for getting Trump to admit what we all knew anyway: His attacks on the press are designed to… https://t.co/M4OCNStaQs
— Hesiod Theogeny (@Hesiod Theogeny) 1527021291.0