Prominent Trump Ally Has a Questionable Idea for What to Do With Asylum Seekers Coming in From Mexico, and We've Seen This Somewhere Before 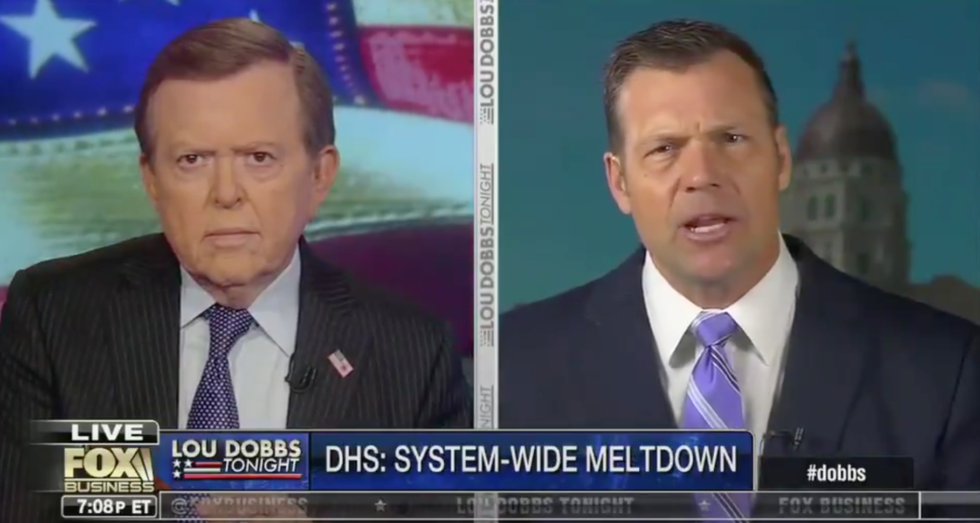 Former Kansas Secretary of State and loser of the state's 2018 gubernatorial race Kris Kobach made some unsettling comments regarding asylum seekers in an appearance on Fox Business. The comments were made all the more eery now that President Donald Trump—whom Kobach strongly supports—is being considered for a position as Immigration Czar.

Many in Trump's camp have falsely equated seeking asylum in the United States with illegal immigration (seeking asylum is legal), and have since mobilized against them.

It appears Kobach is more than willing to continue that pattern. Kobach said to Fox host Lou Dobbs that instead of selling empty government-owned mobile homes, the United States should

"deploy them to border cities and create processing towns that are confined, and so when someone comes in and falsely claims asylum, we don't release them for six months onto the streets of the United States. We process them right there in that camp...and then as soon as they're done, as soon as their claim is rejected, they're on the next plane back home."

Kobach's endorsement of confined 'processing towns' and reference to them as camps, struck a familiar, disturbing chord.

People were disgusted at Kobach's suggestion.

Trump's consideration of Kobach for Immigration Czar is, while unsettling, congruent with the pattern the Trump administration has treated immigrants—documented and otherwise.