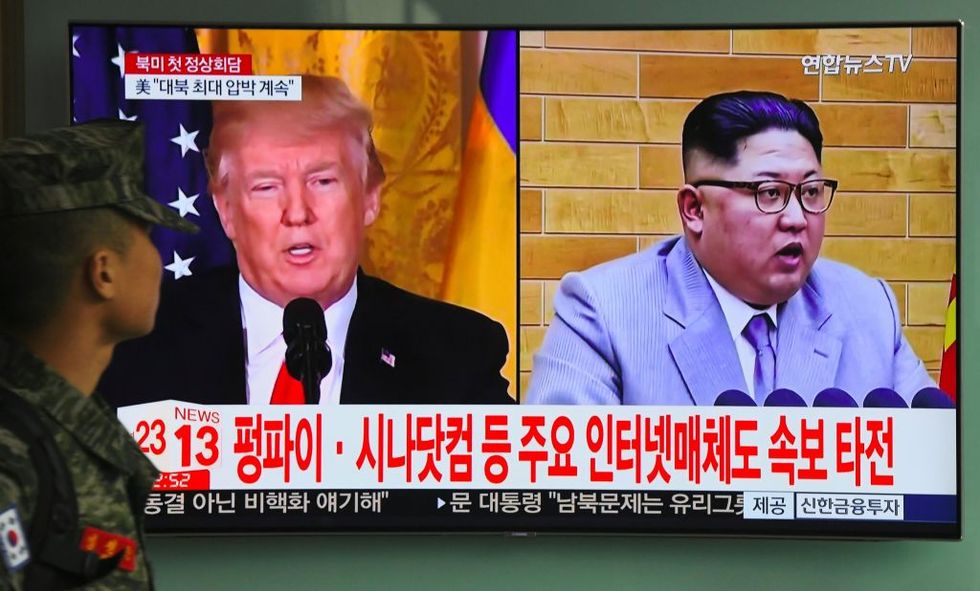 North Korean dictator Kim Jong Un made headlines after his announcement that he would halt nuclear and intercontinental ballistic missile tests ahead of Friday's inter-Korean summit and an expected meeting with President Donald Trump by June. He also declared that he would close the Punggye-ri facility under Mount Mantap "because Pyongyang had reached its weapons development goals."

But according to Chinese seismologists, led by researchers at the University of Science and Technology of China in Hefei, a cavity inside Mount Mantap has collapsed after Pyongyang detonated its most powerful thermonuclear warhead in a tunnel about 2,300 feet under the mountain’s peak.

The researcher's findings will be published in Geophysical Research Letters by next month. According to The South China Morning Post:

One group of researchers found that the most recent blast tore open a hole in the mountain, which then collapsed upon itself. A second group concluded that the breakdown created a “chimney” that could allow radioactive fallout from the blast zone below to rise into the air.

A research team led by Wen Lianxing, a geologist with the University of Science and Technology of China in Hefei, concluded that the collapse occurred following the detonation last autumn of North Korea’s most powerful thermal nuclear warhead in a tunnel about 700 metres (2,296 feet) below the mountain’s peak.

The test turned the mountain into fragile fragments, the researchers found.

The mountain’s collapse, and the prospect of radioactive exposure in the aftermath, confirms a series of exclusive reports by the South China Morning Post on China’s fears that Pyongyang’s latest nuclear test had caused a fallout leak.

Radioactive dust could escape through holes or cracks in the damaged mountain, the scientists said.

Three small earthquakes which hit the region likely aided in the mountain's structural collapse. Previously, Pyongyang considered the mountain ideal for its nuclear tests because of its elevation and, according to the report, "its terrain of thick, gentle slopes that seemed capable of resisting structural damage."

According to one Chinese researcher, this is the real reason North Korea suspended its missile tests, although when Kim Jong Un made the announcement, Donald Trump celebrated it as though it were a victory of diplomacy.

READ: The year women became eligible to vote in each country

SUFFRAGE HAPPENED in 1920 in the United States, three years behind Russia and Canada but 91 years ahead of Saudi Arabia, as noted by this map depicting the year women became eligible to vote in each country.

What about other countries? Find out the answer and see the map: