Kellyanne Conway Just Made a Blatantly False Claim About the Migrant Children Who Died in DHS Custody, and Fox News Host Just Called Her Out 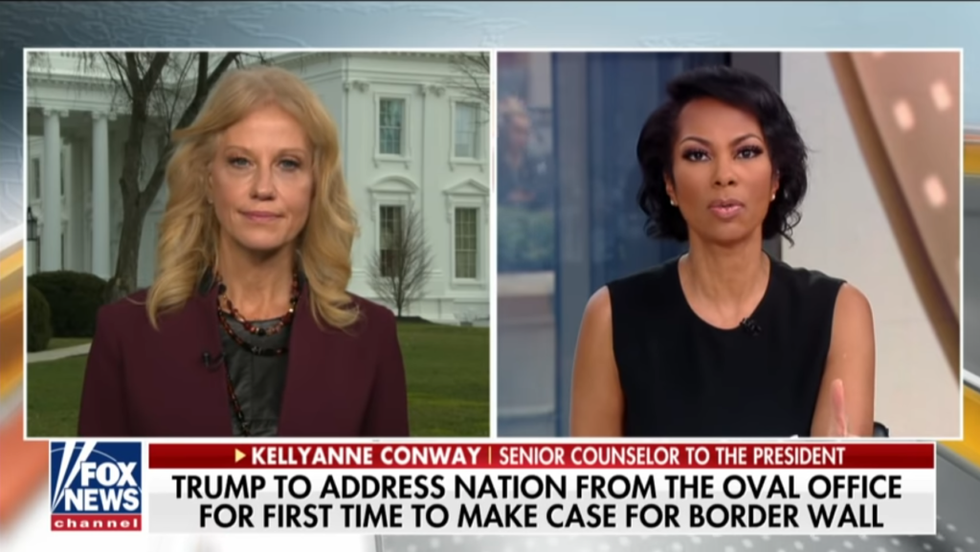 Kellyanne Conway got fact-checked from an unexpected source: Fox News.

In an interview with Fox News host Harris Faulkner, Conway said of migrant children: "It’s a very dangerous journey for them. We’ve seen many of them are sick or not well, they’re malnourished, they don’t have access to food or water on this journey and two of course died on this journey, very regretfully, god rest their souls."

Except that those two children didn't die on the journey; they died while in American custody.

Harris Faulkner picked up on Conway's claim that the children had died on their way to the U.S., pointing out that "the deaths of those two children, they were in our care, they were in our custody, so we don’t want to blur the line that this happened somewhere on their journey south of the border, that would not be the case."

Conway backpedaled, claiming she "didn't say that," and that any death of a child is tragic to her. "But we don’t want people taking that perilous journey in the first place. We want them to come here legally.”

And for you @KellyannePolls. Read this & learn something. A wall is NOT going to help children migrants fleeing vio… https://t.co/lDYXtidmd0
— WUWURU (@WUWURU) 1546968640.0

The subject of migrant children is being spun hard by the White House lately.

Conway went so far as to claim that Democrats are using dead migrant children as "political pawns."

Kellyanne Conway: "I don't like some of the Democrats using these deaths as political pawns, tweeting and texting f… https://t.co/rEFdcjVZ5T
— The Hill (@The Hill) 1546291980.0

@politico Kellyanne Conway do you mean the inhuman treatment of migrants at the border by Trump's administration? T… https://t.co/BghrNuKyf9
— Akeem (@Akeem) 1546528792.0

She also said that "if you care about the [migrant] children, you would agree with President Trump."

You mean the traumatized children still separated from their parents because of trump’s abhorrent policies or the… https://t.co/ziWVgdzEdv
— CarolinaGirl (@CarolinaGirl) 1546984473.0

Somehow, we have a feeling the facts won't be taken too seriously by the Trump administration.