Republican Congressman Who Called For Trump's Impeachment Just Got a Standing Ovation at His Town Hall in Trump Country, and He Is Not Backing Down 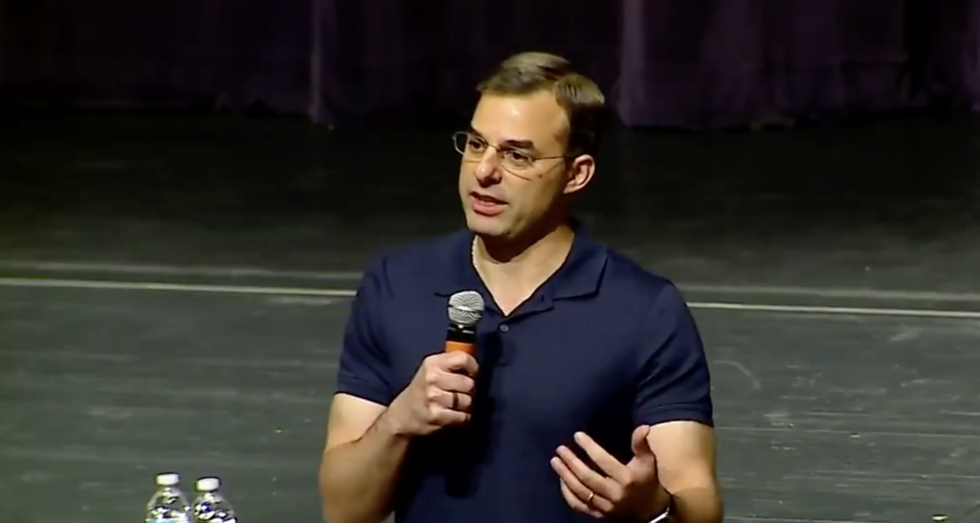 While many Democratic lawmakers remain hesitant to call for impeachment hearings against President Donald Trump, fearing the move would be politically damning, one Republican congressman isn't being so cautious—and his constituents are supporting him.

Congressman Justin Amash (R-MI) called for Trump's impeachment in a series of tweets last week, despite representing counties that went to Trump in the 2016 election in a state that ultimately did the same.

Amash recently returned to Michigan's 3rd district for a town hall and it soon became clear that—despite their support for Trump in 2016—his constituents were fully supportive of his calls for oversight and investigation.

Amash told the crowd regarding his calls for impeachment:

"I think it's really important that we do our job as a congress, that we not allow misconduct to go undeterred...I'm confident that if you read volume two [of the Mueller report], you'll be appalled at much of the conduct, and I was appalled by it and that's why I stated what I stated...we can't let conduct like that go unchecked."

"I wanted to salute your courage," one constituent said later, as the crowd rose in a standing ovation for the Congressman.

@politico @MaddowBlog Agree! Trumps conduct is immoral ! Trump and his family members should not be above the law!
— Patricia (@Patricia) 1559097162.0

However, not everyone was on board. One person wearing a Make America Great Again cap accused Amash of "becom[ing] a Democrat" when they voted for a Republican. He insisted this wasn't the case, to more applause from the crowd.

Some are calling for more cautious Democrats to follow Amash's lead and finally endorse impeachment.

Hey Democrats, Amash got a STANDING OVATION at his town hall calling for impeachment. Maybe it’s time to get the… https://t.co/KzmIjbZLk8
— steven pasquale (@steven pasquale) 1559099094.0

Though, as people pointed out, there are crucial differences between Amash calling for impeachment and the hesitation from Democratic leadership like House Speaker Nancy Pelosi (D-CA) to do so.

So, at this point I'm welcoming anyone who wants to advocate for impeachment, but don't compare Amash and Pelosi, b… https://t.co/WNBZo4QfIe
— eli friedmann (@eli friedmann) 1559101560.0

Things are heating up.