Turns Out Cyber Attacks Against Our Election Infrastructure Are Increasing as the Election Approaches, and No One Knows Who's Behind It 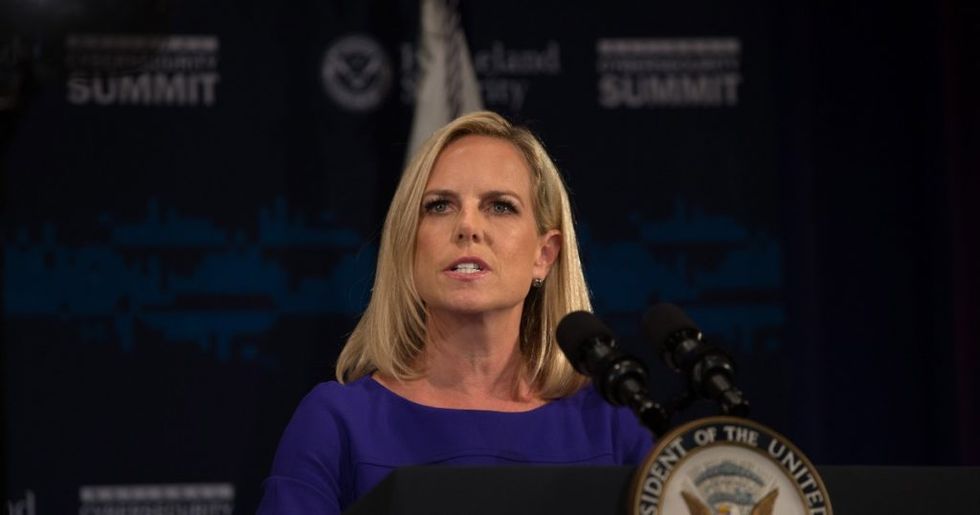 NBC obtained an assessment issued by the Department of Homeland Security last week that describes an increase in attempts to hack election databases. The department said that the identity of the would-be intruders is not yet known.

"We are aware of a growing volume of cyber activity targeting election infrastructure in 2018," the department's Cyber Mission Center said in the assessment. "Numerous actors are regularly targeting election infrastructure, likely for different purposes, including to cause disruptive effects, steal sensitive data, and undermine confidence in the election."

The report found that the number of attempted attacks has been increasing since early October, although none have been successful.

One such instance, NBC learned from the DHS report, was in Vermont. Hackers tried to breach the voter registration database but cybersecurity defenses were able to stave off any intrusion.

Vermont Secretary of State Jim Condos confirmed to NBC that "our defenses are robust, were in place, and did their job." If a voting system had been compromised, Condos added, the data would have reverted to 24-old backups.

"so if it were somehow to be breached, we would just go back 24 hours and reset it. We'd only lose one day's worth," Condos said. "And we also have same-day voter registration, which means that no one would be denied on election day."

The intelligence assessment also touched on efforts by Russia and China to influence American voters, which are still of concern to DHS officials.

Homeland Security Secretary Kirstjen Nielsen testified in a Senate hearing last week that China "is exerting unprecedented effort to influence American opinion," however, those campaigns do not appear to include "attempts to compromise election infrastructure."

Earlier this month, Nielsen said that U.S. intelligence officials "have no indication that a foreign adversary intends to disrupt our election infrastructure," and that Russian election tampering is not as extensive as it was in 2016.

Still, whoever and whatever is trying to break into American election systems are not backing down, and without knowing where the attacks are coming from, many citizens are expressing concern.

Fears that President Donald Trump and the Republicans could exploit compromised election systems in order to challenge the results of the midterms are floating through social media.

@NBCNews AMERICA CAN'T FIGURE OUT HOW TO SECURE ELECTIONS? WHAT THE HELL ARE WE DOING RUNNING AROUND THE WORLD TEL… https://t.co/xcVZqcbApG
— sandi baise (@sandi baise) 1539634865.0

@NBCNews @hardball OMG, Kirstjen Nielsen is in charge of this too? Toddler prosecutions, and hacking ...oh, excuse… https://t.co/RyTBUVOXZi
— The Institute (@The Institute) 1539635428.0

@NBCNews Bullshit. They’re doing this to discredit the outcome of coming elections should the Democrats prevail.
— Jackie (@Jackie) 1539636398.0

This is due in large part to Trump's alleged ties to Russia - and Russia holds the public's main suspicions.

As the midterms draw ever closer, the robustness of American cyber defenses will be tested. For the sake of democracy, we'd better hope they hold.