Gwyneth Paltrow Is Hawking a New Health Product, and Some Health Experts Are Concerned 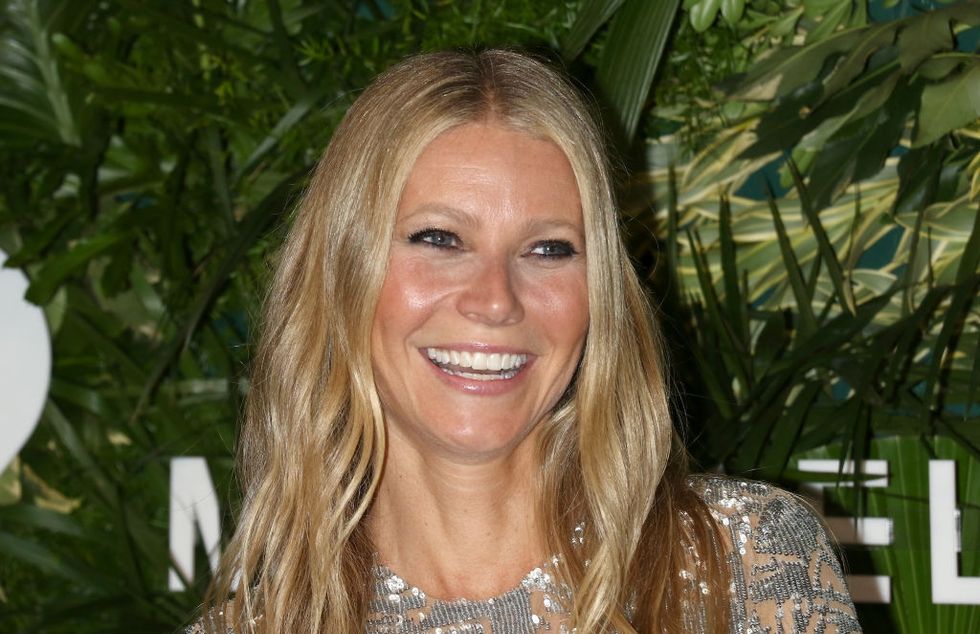 Canada is not buying what Gwyneth Paltrow is selling.

At least, not when it’s a $135 do-it-yourself coffee enema kit, which the American actress’s lifestyle company, Goop, began touting in early January as a way to “supercharge your detox.”

But now some health experts from Canada are warning consumers against using such a product.

“You could do damage to your bowel,” points out Tim Caulfield, a health law expert at the University of Alberta. “I think this is absolutely absurd, potentially dangerous, and there’s no way the consumer should be using this product.”

The kit in question, manufactured by “Implant O’ Rama” and consisting of a glass jug with attached silicone tubing, is not yet available for sale in Canada, but Goop supposedly has plans to soon make it available to our northern neighbors.

Supplement makers are not required to test their products in the U.S.; however, natural health products legally sold in Canada must be licensed contingent on approval for safety, effectiveness and quality. Unfortunately for Gwyneth, according to experts, the jury’s still out on whether a kit to spray coffee up one’s keister would pass muster.

"Coffee enemas and colonics offer no health benefit. The biology used to support these therapies is unsound and there can be very real complications," Canadian-born, San Francisco-based gynecologist Dr. Jennifer Gunter wrote in a widely quoted early-January blog post. "Keep the coffee out of your rectum and in your cup. It is only meant to access your colon from the top."

Using brewed coffee mixed with water in enemas or colonics has been gaining popularity for years in alternative-health circles. The general premise is that coffee will be absorbed by the colon and then stimulate the liver to clear toxins. According to a paper linked to on the Implant O’Rama website, “it is believed that during rectal caffeine infusion, such as a coffee enema, caffeine travels via the hemorrhoidal vein and the portal system to the liver, causes the bile ducts to open and allows the liver to release bile, which is bound to toxins filtered from the bloodstream.”

This is not the first time Goop — and, by extension, Paltrow — has been embroiled in controversy over questionable health claims. The enema-kit recommendation comes just a year after Goop suggested women could experience “increased vaginal muscle tone, hormonal balance, and feminine energy in general” by placing a $66, golf-ball-sized jade egg inside their vaginas.

“...It is the biggest load of garbage I have read on your site since vaginal steaming,” Dr. Gunter wrote in a 2017 open letter to Paltrow. “Pelvic floor exercises can help with incontinence and even give stronger orgasms for some women, but they cannot change hormones. As for female energy? I’m a gynecologist and I don’t know what that is!?”

Even the staid National Aeronautics and Space Administration (NASA) has taken umbrage with a Goop product: A “biofrequency healing sticker” touted by Paltrow in the summer of 2017 as a way to “optimize brain and body function, and increase the body’s natural ability to heal itself.” The material was even claimed to be the “same conductive carbon material NASA uses to line space suits so they can monitor an astronaut’s vitals during wear.”

“Wow. What a load of BS this is,” remarked Mark Shelhamer, former chief scientist in NASA’s human research division, when shown the claims by tech site Gizmodo. “Not only is the whole premise like snake oil, the logic doesn’t even hold up. If they promote healing, why do they leave marks on the skin when they are removed?”

Goop responded that it would amend its website’s statements on the sticker:

“We constantly strive to improve our site for our readers, and are continuing to improve our processes for evaluating the products and companies featured. Based on the statement from NASA, we’ve gone back to the company to inquire about the claim and removed the claim from our site until we get additional verification.”

As of publication, the stickers, along with the coffee enema kit and jade egg, are still available on Goop.com.