Democratic Senator Just Eviscerated Senate Republicans For Their Handling of Dr. Ford's Allegations Against Brett Kavanaugh, and People Are Cheering 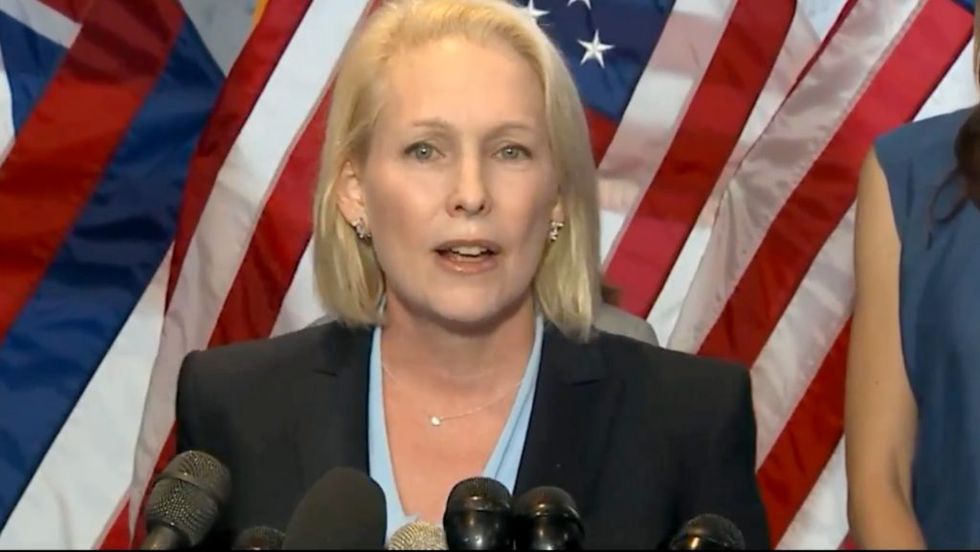 New York Democratic Senator Kirsten Gillibrand took President Donald Trump, the Trump administration, her Republican colleagues and Brett Kavanaugh to task Thursday during an address at the Capital. She was joined by Hawaii Democratic Senator Mazie Hirono and a group of alumnae from Holton-Arms High School, the alma mater of Dr. Christine Blasey Ford.

Republicans on the Senate Judiciary Committee—led by Chuck Grassley of Iowa—continued to demand Ford testify before them on Monday. However Gillibrand stated that basic procedure demands otherwise.

Watch an excerpt from the Senator's address during the press conference here.

Gillibrand referred to the Senate confirmation hearing for Justice Clarence Thomas. She stated Ford asked for no more than what was afforded Dr. Anita Hill when she testified before the Senate Judiciary Committee in 1991.

Gillibrand also suggested things should be better than 27 years ago, not worse. A full background check—a requirement for every Supreme Court nominee—was completed on Thomas, including the allegations made by Hill.

However the White House and GOP blocked efforts to conduct the same investigation Thomas submitted to when asked to do it on Kavanaugh. Gillibrand stated:

"Who is not asking the FBI to investigate these claims? The White House. Judge Kavanaugh has not asked to have the FBI to review these claims. Is that the reaction of an innocent person? It is not. We have to get to the bottom of this."

Gillibrand was not alone in calling out Senator Grassley and the GOP. Senator Hirono also had strong words for her colleague.

Reactions to Gillibrand's impassioned plea were mixed on Twitter:

Some people felt the allegations should not be addressed since it happened years ago.

@ABC 36 years ago & no mention before Supreme court confirmation hearings? The therapist could have back dated the… https://t.co/oLxkrvsLV9
— Time=Best Stock (@Time=Best Stock) 1537478937.0

However others echoed the questions Gillibrand raised.