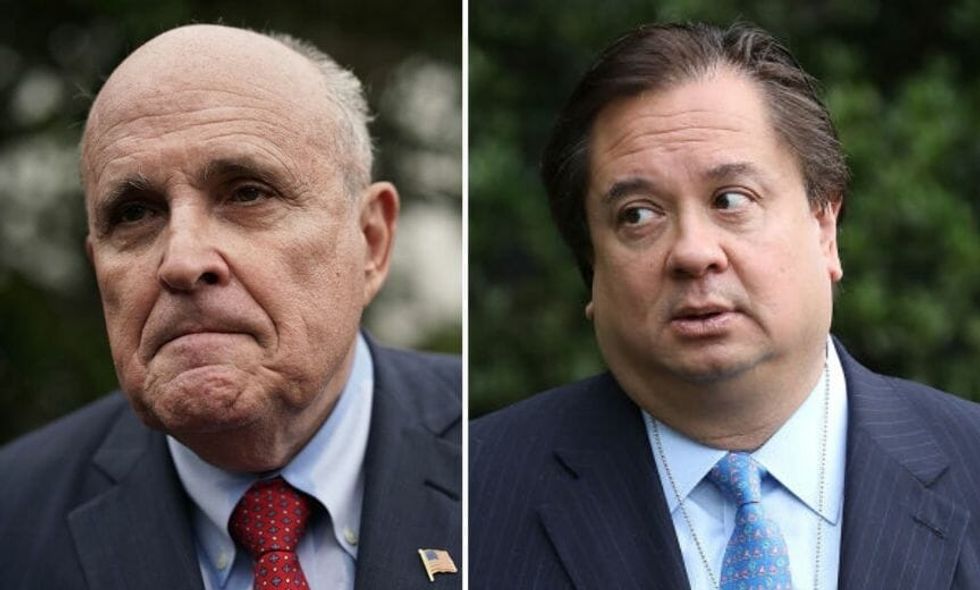 Now that Trump's pressure campaign has hurtled him toward impeachment, Giuliani is leaping to save his client's and his own hide by railing against the credibility of the career diplomats who testified in last week's public impeachment hearings.

Unfortunately for Rudy, Republican and Trump critic George Conway is a lawyer as well, and he vocally disagreed with Giuliani's take.

Sorry, Rudy. Sondland’s statements as recounted by Taylor show the existence of, and were made in furtherance of, a… https://t.co/4G2owldaWh
— George Conway (@George Conway) 1574171606.0

Conway pointed out that acting Ambassador to Ukraine William Taylor testified that Ambassador to the European Union Gordon Sondland informed him that crucial, congressionally approved military aid was being withheld from Ukraine until its President announced an investigation into former Vice President Joe Biden.

Rudy's argument gave credence to the claim that he's a lawyer in name only.

Conway wasn't the only one to point out the flaws in Rudy's argument.